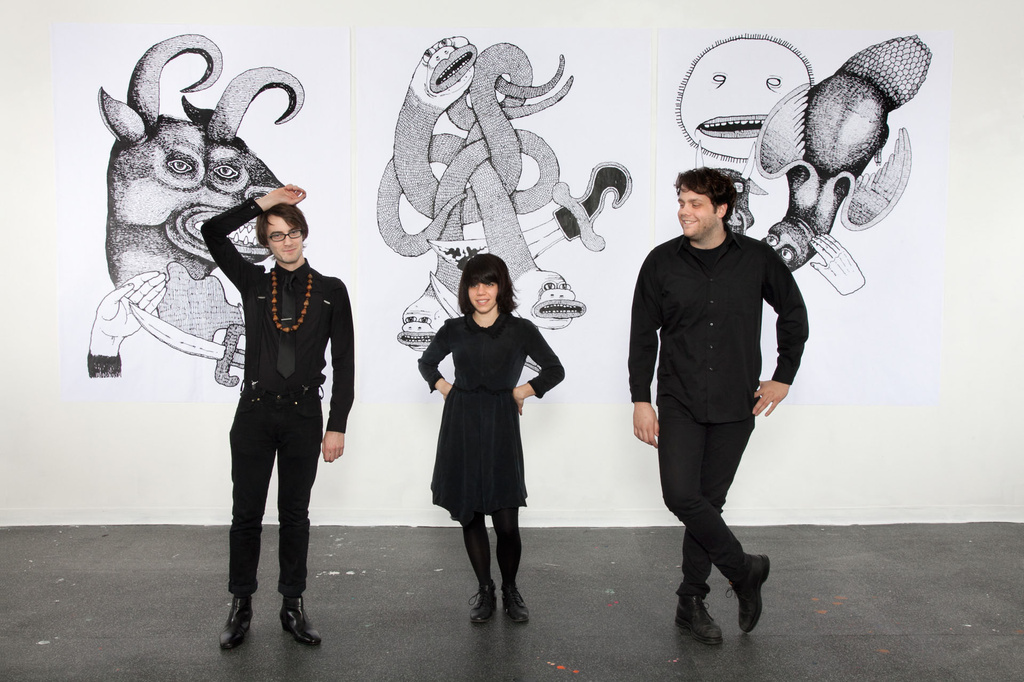 There’s something ironic about having a band like New Jersey’s Screaming Females playing at Buffalo Iron Works. Something just doesn’t sit right with me. A band who has worked with the likes of Steve Albini playing at a venue that sells four dollar Pabst Blue Ribbons. Not that they have any say in a venue’s drink prices. It just doesn’t seem right is all. The Screaming Females scream Old Milwaukee and rot gut whiskey. They scream dirt, grime, and hepatitis. When you hear vocalist/ guitarist Marissa Paternoster belt out verses lines like, “I’m on a mission to smash the mirror/ Get myself off the scale,” you imagine it being in a dive bar in the deep swallows of the city. A place where you’d imagine to find an overdosed Iggy Pop, circa 1972, not in a bar in the cobblestone district with six dollar draft beers.

I hope you made some extra cash this week, because you are not allowed to miss this show! After doing a few shows with Julie Ruin, The Screaming Females will be making a stop in Buffalo tonight. The New Jerseyans are touring in support of their live album, Live at the Hideout, which was produced by Albini, their second collaboration with him.

Also on the bill tonight are Buffalonians punk funkadelic The Mallwalkers, and indie surf poppers Space Wolves. You have no excuse to miss this show. As far as the four dollar PBRs, and six dollar drafts, the words “pre game” come to mind. Doors open at 7pm. Show starts at 8pm. $8 bucks at the door.