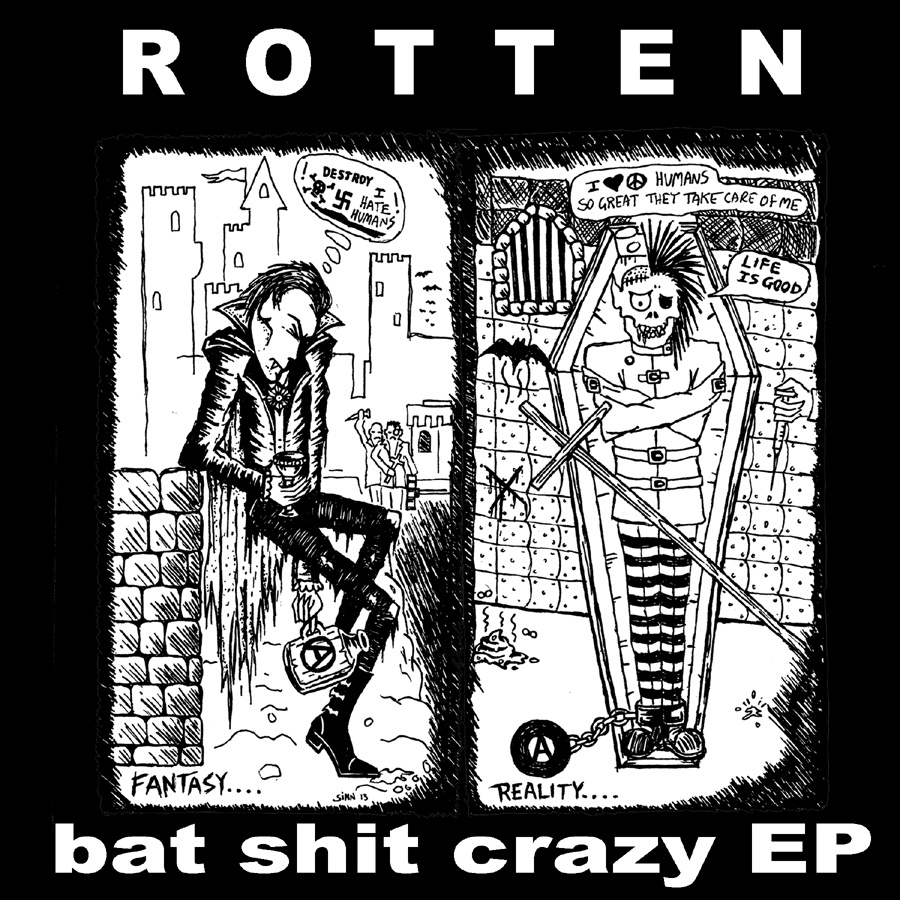 The boys in Rotten have been called a lot of things but nice isn’t one of em. Glue splattered, filth-punk with some anarchistic flare, England’s favorite sons have been laying down a path of slime-strewn indecency since their inception. Whether live or recorded on wax these boys deliver the goods and do so in spades, inspiring sweet, sick madness. BUT BEWARE. They will ruin anything they touch and consume anything they can get their filthy hands on. They’re just a wee bit off-kilter.

It makes sense then that their new EP is titled Bat Shit Crazy. You have to be a little crazy to inspire the kind of punk as hell attitude that these fellas cop. Do yourself a favor and head down to Mohawk Place tonight (6 bands for 6 bux!) and pick up a copy. It’s their release show and it would really make them happy. Then again, I don’t think they care if you’re there or not. Punx is punx and if you support, chances are you were already going in the first place. Governess, Aristikunts, Nubians, One Way Terror and B-Side Bastards open. 9pm to catch all the action.