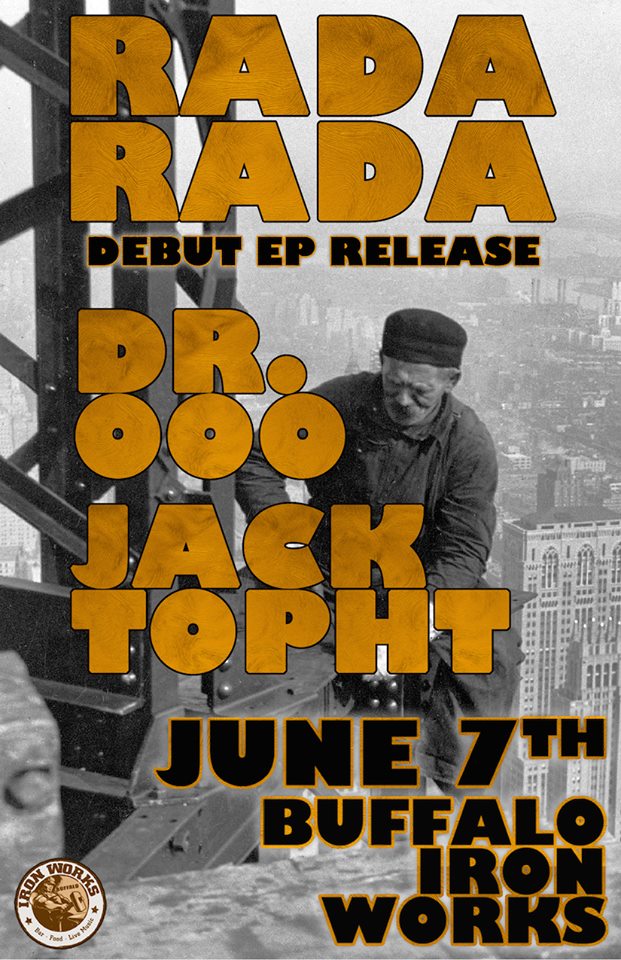 Get on that ra ra shit tonight with the release of Radarada’s debut EP, the aptly titled First Edition. Featuring fellow Buffalo artists Jack Topht and Dr. Ooo, the album is a compilation of what happens when people stop being polite and start getting weird.

The all ages show opens it’s doors at 9pm, and is being hosted at one of Buffalo’s best new(ish) music venues, Buffalo Iron Works. Tix are five duckets, but being surrounded by so many yung thugs at an all ages show is kind of priceless, so this is easily the best $5 you’ll spend all weekend.

Everyone in attendance will also get a ticket to the show’s afterparty, being held at a semi-undisclosed location (a house on the west side, and the address is on the ticket) and promises to have “free drinks, music bumpin, and good times.”

In the words of Robert Sylvester Kelly: “after the show it’s the afterparty/and after the party it’s the hotel lobby/around about 4 you gotta clear the lobby/then take it to your room and fuck somebody.” Replace “hotel lobby” with “house on the west side” and “room” with “futon” and this could be your Saturday night.