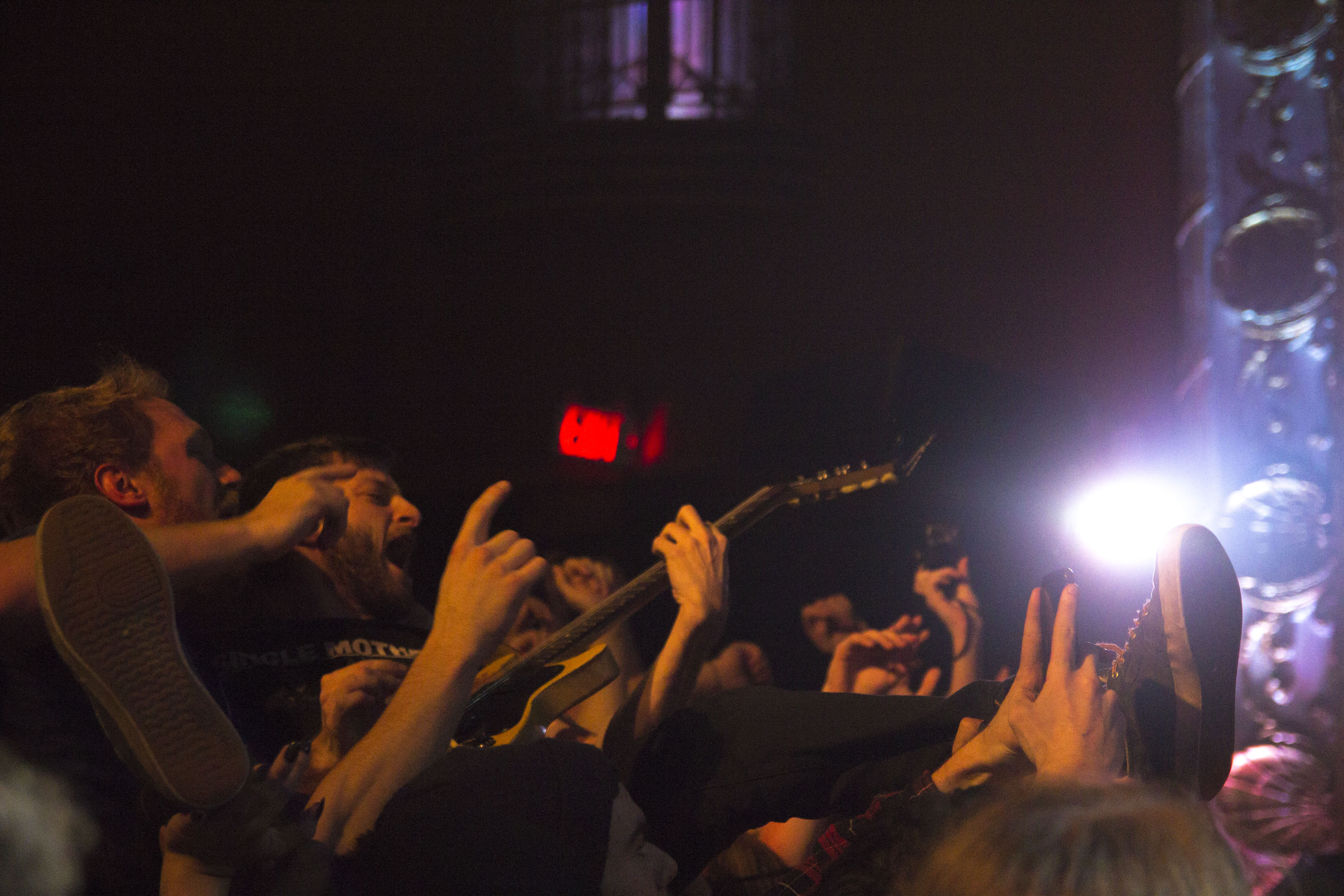 The Studio at the Waiting Room is about to have one of the most insane live shows of 2016 in early February.  Since the release of their self-titled debut in 2014,  the band has played both headlining and supporting sets in Buffalo multiple times.  Even at their first show, I was surprised by the amount of audience participation. By the end of the set the lead singer of PUP even crowd surfing while covering “Sabatoge” by the Beastie Boys.

Last December,  PUP played a set in their hometown of Toronto that I will never forget. It was easily one of my favorite sets I saw ANY band play that year.  The energy that this band is able to play within the crowd they play for is unlike anything I’ve seen. I’m crossing my fingers that tonight will be no different.

Kicking the night off will be local indie tinged post hardcore act The Slums, a perfect choice to get the night started off right.  Following The Slums is PUP’s fellow Toronto rock act Pkew Pkew Pkew.  Doors are set to open for the show at 7pm, with tickets available for $14 at the door. I am calling it right now,  this is going one of the best shows of the year. The more packed the room is, the more fun this is going to get, so bring a friend who likes to party.