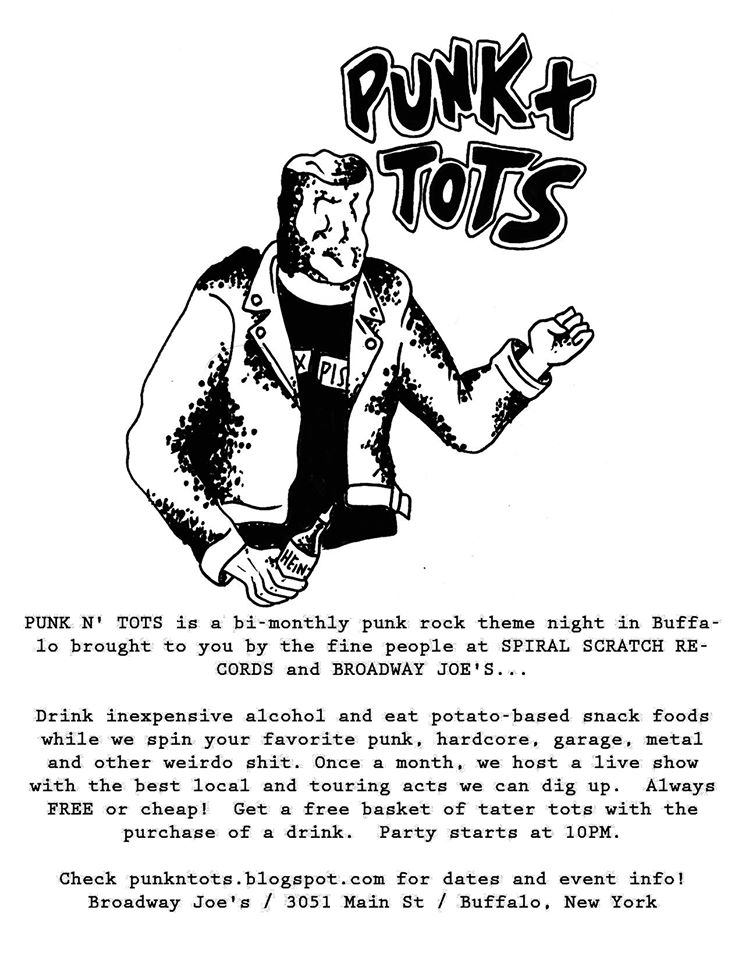 What’s new pussy cat? Not much, just Punk N’ Tots at Broadway Joe’s. Well it’s not really new, however, what is new is the Alpha Hopper/Hot Tip tour which kicks off tonight, as if you needed another reason go see some west side punk and munch on tater tots. The mini four day jaunt will take Alpha Hopper and Hot Tip to Brooklyn, Providence, and Ithaca, but not before kicking things off tonight in Buffalo.

Also on the bill tonight will be BLOBS, which will be bringing the out-there shit for all you freakazoids out there. What else would you expect from a band who is compiled of members from Bad People and Fleshy Mounds? Additionally there will be the new outfit, Space is Haunted, as well as False Paul’s final show. Doors at 9pm, 18+, so make sure you bring your ID, even if you do look like a drunken Lucille 2 with a case of the dizzies. $5 at the door, music starts at 10pm.