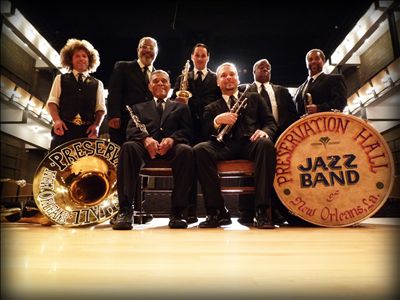 Alas most of the coverage for tonight’s installment of Thursday at Canalside seems to have the buried the lede and missed the real point of tonight’s show, which is that Preservation Hall Jazz Band is playing tonight down on the waterfront. Proud emissaries of New Orleans and the American art form created in that city, jazz, Preservation Hall Jazz Band will hit Buffalo with pure New Orleans jazz, and their opening set is going to be a party and a must for local music lovers down for enjoying the music that kick started American popular music.

There’s also some guy Shakey Graves headlining tonight at Canalside, but you don’t have worry about him. There are other shows going on later tonight, but your night should probably start with Preservation Hall Jazz band, who go on at 7:15pm after soulful Austin TX fuzz rockers Wild Child. Everything starts at 6:15pm, admission is of course free. Just don’t show up bombed, they’ll kick you out.