Tonight: Party at the Polish Library 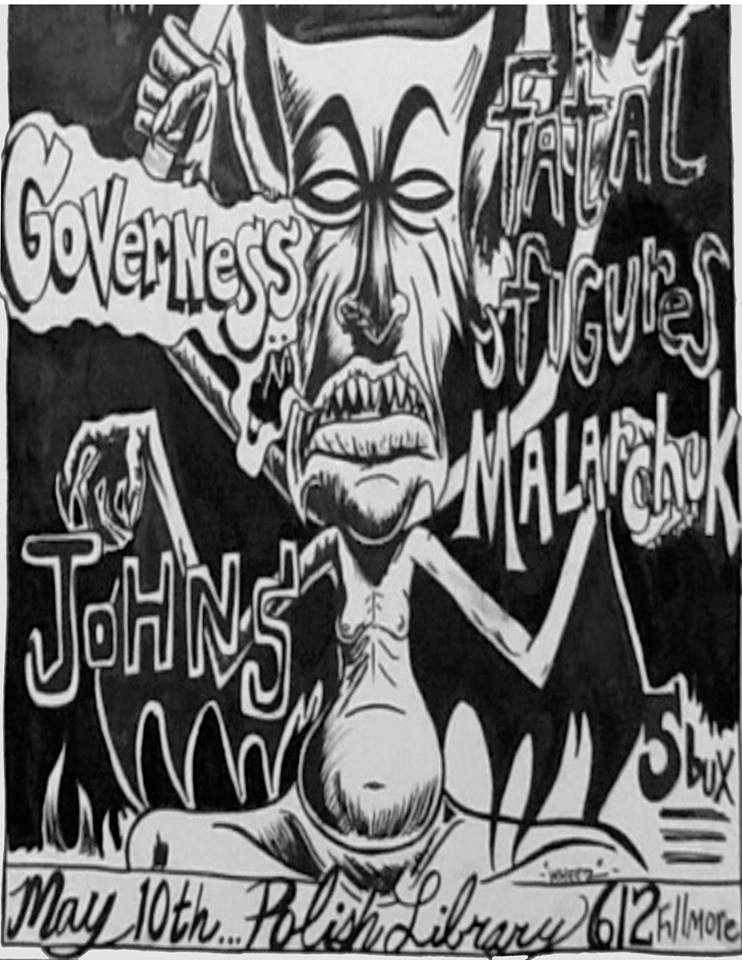 Over the last couple years, a weird thing’s happened in the Buffalo music scene: a ton of mid-level rock music clubs closed. With the departure of long-time staples like Mohawk Place, Soundlab, The Vault, and even, like, that place that used to be Blue Monk, most area bands and promoters have been forced to shoot for either opening slots at bigger downtown halls, or organize house parties at one of the myriad, illegal basements. This kinda sucked on one hand, but on the other, it forced local music to adjust, and move beyond its arguable state of atrophy; things kinda had to change. So bands broke up and re-organized in better forms, and new, oddball venues started getting a lot of traction.

One place that’s picked up a bunch of otherwise homeless show ideas is the Polish Library (612 Fillmore Ave) – a weird but welcoming East Side locale with a cool bar and a not-so-big-it’s-weird performance hall. And the show going down tonight features a bunch of local talent, honed into new and confoundingly good configurations. From the low, gut-punching punk of Governess and Fatal Figures, to the entrancing, tummy -rumbling doom of Malarchuk and King Buffalo, to the visceral and deeply dark post-punk of JOHNS, this is one of the best-stacked local bills we’ve seen in a while. If we even tried to list out the “ex-members of” for each of the groups, it would probably amount to a convoluted spreadsheet of every heavy act that’s made WNY so vibrant for the last decade. 7PM, $5, do it.