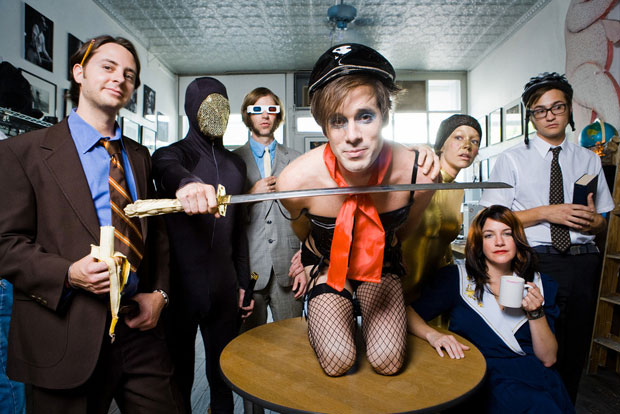 of Montreal will be making their what seems to be their yearly stop in Buffalo tonight.  Since their inception, of Montreal has basically been dropping a project a year, all having their own unique feel.  The band is currently on tour for their 2016 full length, Innocence Reaches, and gracing the stage tonight at Buffalo’s Asbury Hall.  Most of the band’s performances in Buffalo have been at the Town Ballroom, and a change of scenery for this show should be something to look forward to.  If you’ve ever been to an of Montreal show before, you should know that this will a show you won’t want to miss.  Set lists spanning their entire discography, insane stage antics, as well as the band’s ability to make every place they play feel like a stadium, all come together to create some of the most interesting live shows I’ve ever seen.

The show will be kicked off by Jepeto Solutions at 8pm.  Tickets are still available at the door for $22.