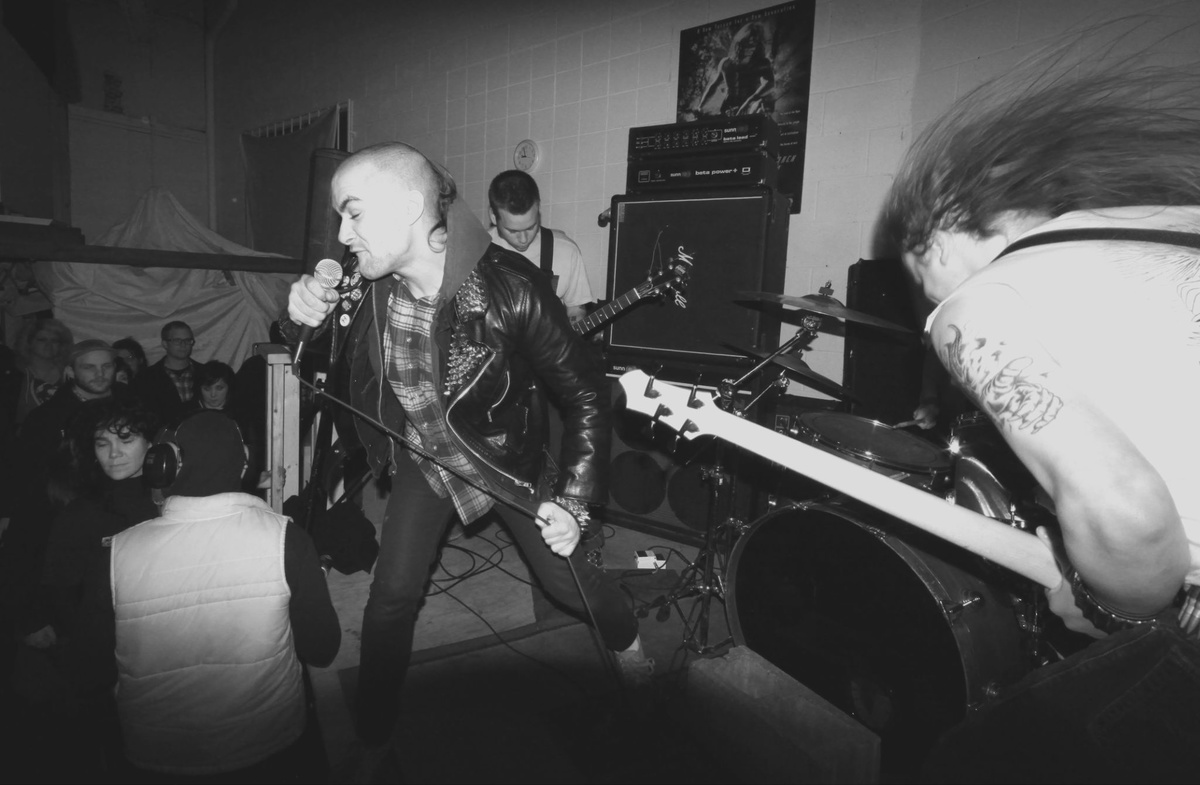 If you’ve ever been to a show in the basement of Spiral Scratch Records, then you know that it can get ear-splittingly loud down there. Which is perfect for a band like Seattle’s Nudes, who sound like they’re living inside a tornado anyway. They’re at Spiral Scratch tonight, supported by locals White Whale and Sleeptalker.

If you’ve ever been naked and covered in venomous spiders, then you kind of already have a grasp on what Nudes is bringing to the table. It’s pulverizing and dark: these guys do not wish you well. Probably a blast to catch, though.

White Whale’s no slouch, either, though they substitute Nudes’ darkness with rage and angst. Still grinders, but they wouldn’t be out of place on a bill with Sonic Youth at points, either.

While everyone brings the anger, Sleeptalker’s going to bring the weird (and I’m not just saying that because one of their songs is called “I Feel Weird”). I’ve only ever caught them as a last minute addition to a bill, but it felt like everything could fall apart at any second (in a good, unhinged way).