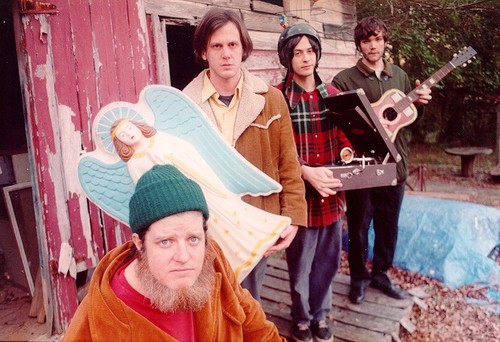 At a certain point, the idea of seeing Neutral Milk Hotel in concert was akin to a talking dog, fantastic if it happened, but totally impossible. Tonight, Neutral Milk Hotel, reunited and touring, will be performing at a sold out Asbury Hall at Babeville tonight at 8pm.

The band really needs no introduction, but for those unaware, Neutral Milk Hotel are best known for their 1998 album, In the Aeroplane Over the Sea. The record, a masterpiece of surreal and sometimes violent beauty, is a touchstone for many. The band’s legend only grew when, following the album, band leader Jeff Mangum disappeared from the public eye altogether, surfacing to release field recordings from Eastern Europe at some point in the 00’s. Finally returning, first on a solo tour and now with the full band, Jeff has returned.

Tonight’s opener is Circulatory System, a psychedelic band commonly associated with Neutral Milk Hotel along with bands like Of Montreal and Olivia Tremor Control, via the Elephant 6 label. This makes tonight an all star showcase of late 90’s early 00’s American Indie Rock.

As we mentioned, the show is sold out, but if you can find someone who needs to get rid of their tickets, seize the opportunity to go. Meanwhile, I am still waiting for that talking dog. I have a bunch of mysteries to solve and could use some help.