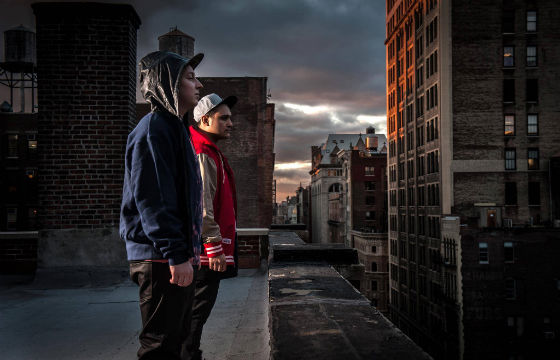 Named after their suburban Auckland hometown, New Zealand production duo Mt. Eden have been making music together since their early teens, first dabbling in hip hop before being turned on to dubstep after hearing UK producers Skream and Benga at a festival. In 2009, the pair started to make waves in the international electronic music scene when a fan posted “Sierra Leone,” their remix of Freshlyground’s “I’d Like” to Youtube and the track quickly amassed millions of views. This rise in profile led to a deal with New York label Ultra Music in 2013 which released their Walkingonair EP later that year, a seven track release that established Mt. Eden’s ability to craft tracks that can be both abrasive and melodic with a bittersweet sentiment.

Tonight, the duo will perform at Buffalo’s Waiting Room in anticipation of their spring album release and subsequent summer festival touring. Having developed their live show over the past few years to include strings, vocalists, and an MC, an immersive experience blending uplifting and dark sounds is to be expected.

Opening tonight’s show is local DJ/Producer Pizza Pizza, whose fresh trap and future bass vibes have caught our attention here at buffaBLOG and is always capable of delivering a unique, energy-filled set. Also be sure to catch Folklore, an alias of renowned Buffalo DJ Medison, who will be bringing future garage and bass sounds from the forefront of the ever-evolving global electronic music scene. Show starts at 9pm and is 18+. Tickets can be purchased here for $18.