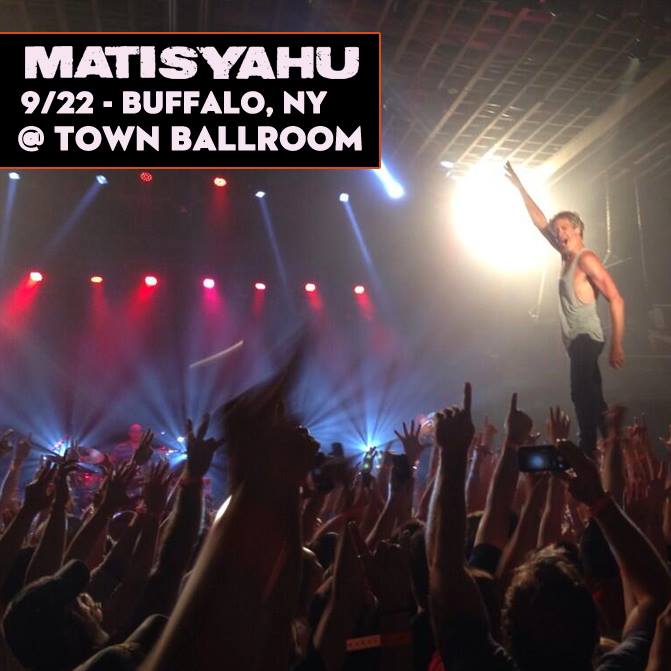 Buffalo welcomes Matisyahu back to Town Ballroom as he takes his “Built to Survive” tour across North America to promote his latest album, the critically acclaimed Akeda. Streaming online now, the album is his most self-searching and raw release to date.

Akeda is the Hebrew word for binding, and that’s exactly what this album does. It clings to you, and the reggae-tinged beats, at times triumphant, hopeful, scattered, and soulful, stick in your brain.

However, the album is also about change and letting go, with Matisyahu acknowledging that “I think this period of my life has really been about letting go of everything, all the things I had set up form my image to certain relationships to making the kind of music that’s expected of you.”

He does just this with his latest effort, and this is a tour that shouldn’t be missed, as those who were at the Town show two summers ago can attest. Supported by Radical Something, Matisyahu and his touring band the Dub Trio promise an evening of fresh beats and good vibes.

Doors are at 7 for this all ages (16+ unless accompanied by a parent/guardian) show. Tickets are available at Ticketfly or at the door for $29.