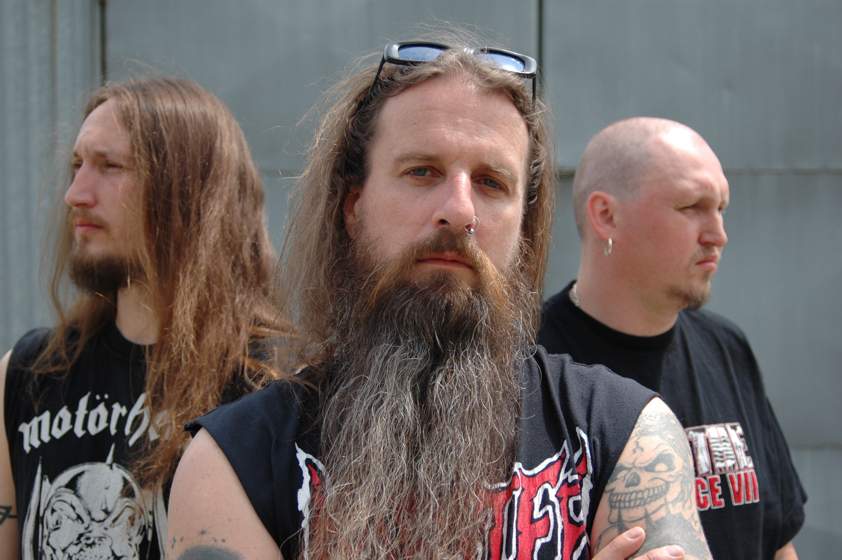 One of the most underrated bands to come out of the early death metal scene, Master was instrumental in bringing the classic death sound to the forefront of metal culture. The group found some success in the late 80’s and early nineties, releasing excellent albums like its self-titled release (the early version) and Collection of Souls, signing to Nuclear Blast and  building a reputation as one of the fiercest bands in the scene.  To this day, Paul Speckmann’s vocals represent a great stride in death metal as they are both crushingly brutal yet intelligible at the same time. Despite some breakups (and subsequent reformations) and waning popularity in the late nineties, the band appears indestructible and  have been gaining quite a bit of momentum as of late. In the last few years, Master has released some excellent albums including the oft-thrashy The New Elite and The Human Machine.

The Forvm in Amherst has become quite the haven for metal lately, and that trend continues tonight with a performance by the death metal giants. Along with Hate Storm Annihilation, and Seplophile, it’s quite reasonable to expect absolute pulverization and full-scale mass destruction. In other words, the shows gonna be rad. Get there early and bang your heads for the other bands.