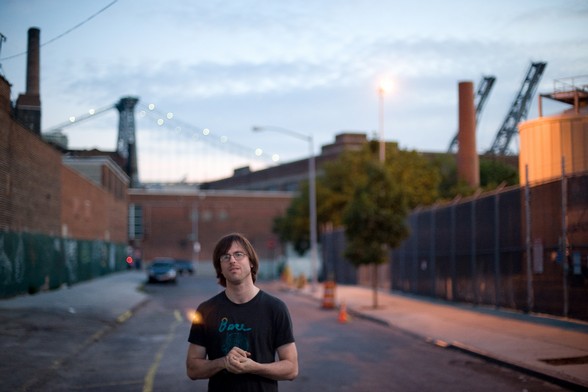 Man Forever is the alias of John Colpitts who the New York Times has called “a kabuki demon by night,” describing his project as a “tidal wave of percussion.” Colpitts usually performs under Kid Millions as the drummer of the Brooklyn based group Oneida but his outlet to experiment with uninhibited rhythmic feedback remains Man Forever.  He’s playing at Dreamland tonight and joining him will be Brian Chase (drummer of the Yeah Yeah Yeah’s). The lineup further includes Clarinet Panic, an up and coming Toronto based outfit featuring cello, drums, guitar and saxophone, alongside Richard Fills who plays “drums and guitar at the same time as if he were two separate people.” Admission of $8 will go to the artists.  See ya there.