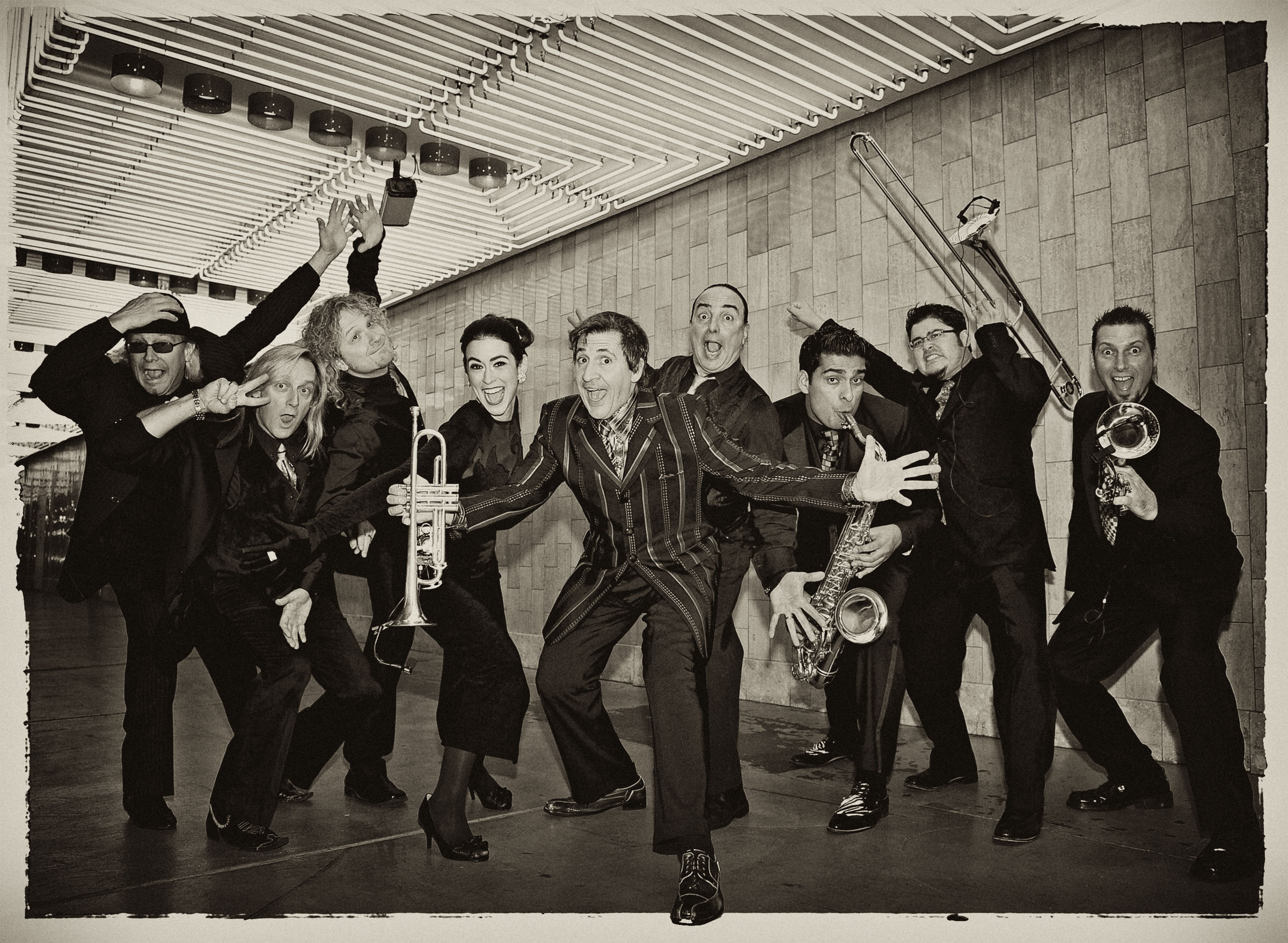 To carry a legacy on decade after decade is quite a feat. Louis Prima was a pivital musician during the New Orleans jazz era. He became notable for classic Italian tunes to his starring vocal role as King Louie in the Disney film The Jungle Book. With Vegas experiences and collaborations with Frank Sinatra’s Rat Pack, Prima became known for his “Wildest!” signature. If you think you don’t know Prima, think again, especially if you’ve wandered Hertel Avenue for Buffalo’s Italian Festival. And if that doesn’t strike your memory, take a listen to his famous song from The Jungle Book.

His son, Louis Prima Jr., is continuing the legacy but rather than recreating the past and following a set path led by his father, he is amping it up with a modern vibe. The band’s album Blow scored a #25 rank on CMJ‘s Jazz charts.

Along with his eight-piece band, Louis Prima Jr. and the Witnesses will come in swinging strong as they perform tonight at The Forvm.  Stay tuned on the blog for an exclusive interview with Louis Prima Jr.

If you’re swooned by horns, get wild and swing tonight with Louis Prima Jr.

Louis Prima Jr. and the Witnesses
The Forvm (4224 Maple Road, Buffalo)
Doors at 8 p.m. | Show at 8:30
For more information, visit The Forvm’s website