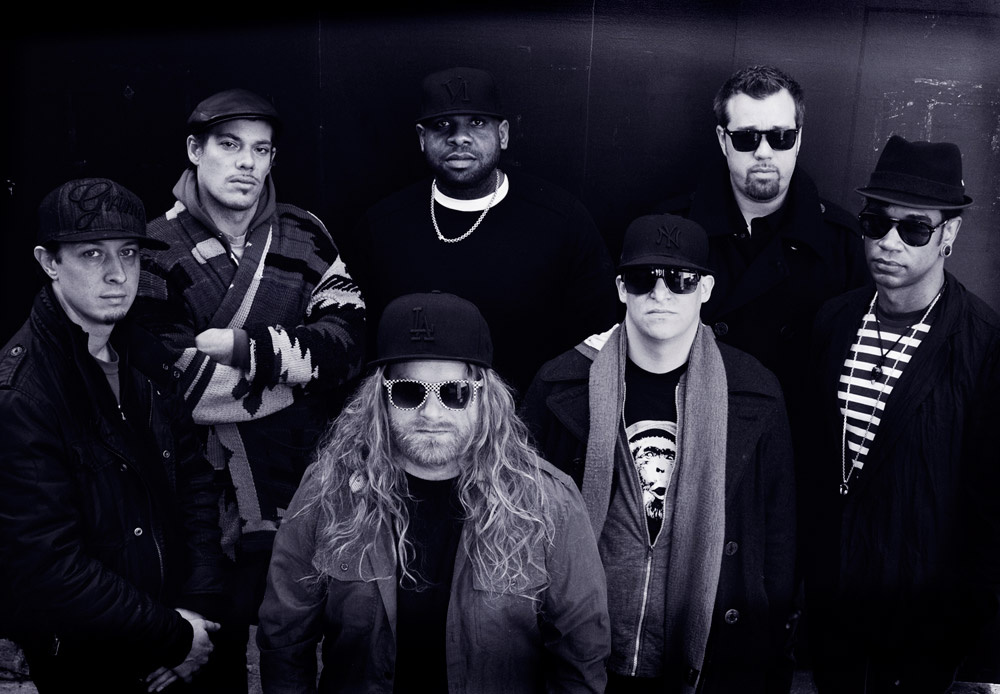 There are two kinds of lettuce: one, a boring vegetable, and the other, an influential funk band. Lettuce brings the full course of the meal even though they’re named after what some would call an appetizer. Historically, they came together in 1992 at Berklee School of Music up in Boston, Massachusetts. Not having any gigs to speak of, the gang would consistently ask bands to “let us play,” which sonically translated into “Lettuce” after much repetition. Nowadays, they’re not begging for an audience: they’ve got one.

It’s been two years since Fly! came out on Velour Recordings, and with their latest studio album, Crush, they’re picking up where they left off with a twist. Lettuce has always had a “big band” sound due to its larger size: Erick “E.D.” Coomes on bass, Adam Deitch on drums and percussion, Neal Evans on keys, Hammond B-3 organ, and piano, Eric Krasno on guitar, Adam “Schmeeans” Smirnoff on guitar, Ryan Zoidis on alto sax, bari sax, and tenor sax, and Eric “Benny” Bloom on trumpet. That’s a lot of power packed onto stage, and a lot of potential for sound-miracles.

Lettuce chose the track “Phyllis” to sneak preview Crush, which opens with elegant, spacious guitar riffs and a trip-hop bass vibe. The record draws from all of their influences combined: psychedelia, classic soul, hip-hop and everything in-between. Opening track “The Force” lays down jet-setting trumpets over whipping guitars, with a crisp delivery that hollers back to old material and also says: these are some new digs, baby! “Trillogy” packs a simmering beat with clear changes into video-game inspired jams and sensual mystery. Watch out for the ‘Ludes, too. ‘Lude, Pt. 1, ‘Lude, Pt. 2, and ‘Lude, Pt. 3 serve as a brief magical time-out before diving into the material once again.

Buckle up and prepare for a ride on the funk freeway tonight at the Tralf ($25, 7pm). There are no tolls, but you have to dance your bottoms off.