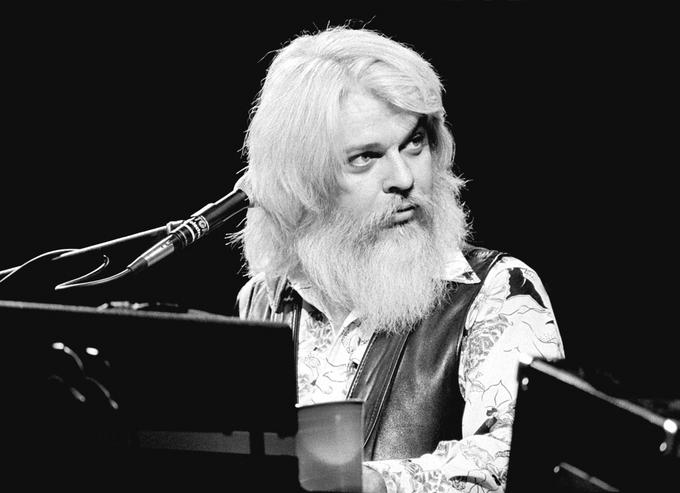 Tonight, Leon Russell, singer/songwriter, piano legend, and one of the original indie rockers, returns to Buffalo for a special show at the Buffalo Iron Works in the Cobblestone District.  Arriving on the LA scene in the 60’s to become a crack studio musician, Leon hit his stride in the 70’s, collaborating with the likes of Clapton, George Harrison, and BB King, and releasing a string of modest hits on his own Shelter Records label before fading into relative obscurity due in no small part to the perils of being an indie rocker before college rock and the Internet.

He was entirely forgotten, mainly because Leon never stopped touring and performing his art for his devoted cult of fans. Things changed though in 2010 with the release of The Union, a two disc collaboration with his greatest disciple, Elton John, that gave Leon his due, raised his profile, and paved the way for his induction into the Rock and Roll Hall of Fame in 2011. Riding a career resurgence and touring behind his latest album Life’s Journey, Leon brings his great American songbook,  peerless piano skills, and a musician’s lifetime of wisdom to the cozy and very busy Buffalo Iron Works stage. Blues, soul, jazz, gospel, country, and rock and roll… it all flows through Leon Russell.

NYC songwriter and roots rocker Riley Etheridge Jr. will be opening the show with his jazzy and blues infused take on Americana.  Doors open at 8 PM and tickets at the door are $35.