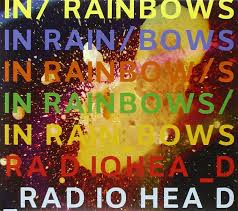 It’s been good times/bad times lately for local Radiohead fans: good times because the legendary UK art rockers just released their 9th studio album A Moon Shaped Pool, bad times because as of right now the band hasn’t scheduled a show for Toronto, depriving us for now of our customary pilgrimage up the QEW to see them. Hopefully that will change; hopefully Radiohead isn’t put off from playing Toronto after that regrettable stage collapse five years ago. In any case the new album is great (and their darkest record to date), and Lazlo Hollyfeld and friends from Applennium will be all we need, with a special performance of the band’s 2007 classic In Rainbows tonight at Buffalo Iron Works.

Unlike the album, the performance will not be  “pay what you will” (a strategy that only works for Radiohead… the brilliant buggers) and will instead feature an entirely reasonable $7 cover. Chameleon Project opens the show, with doors opening at 8pm and the show at 9pm.