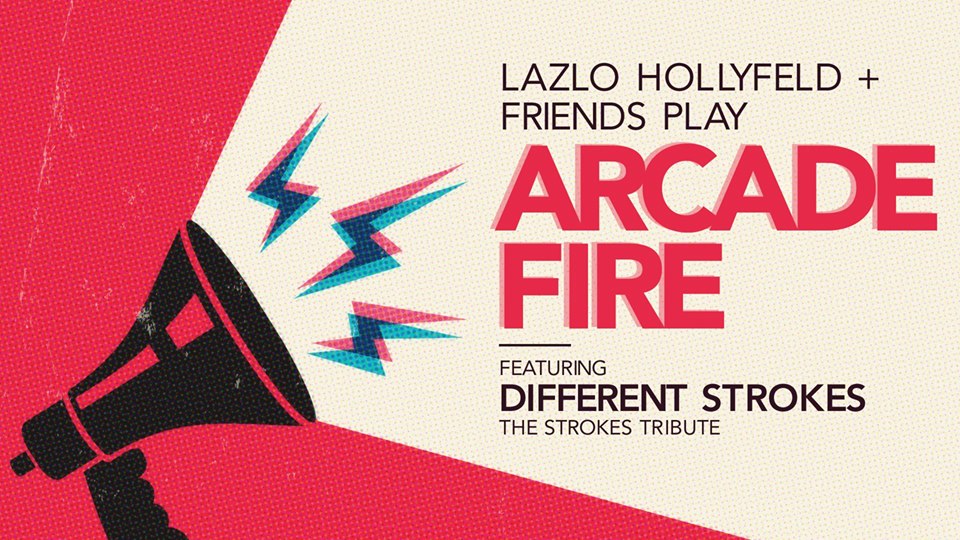 Beloved Buffalo experimental rockers Lazlo Hollyfeld have previously taken on the music of Talking Heads, LCD Soundsystem, and Radiohead, and tonight they’re playing twenty… yes twenty Arcade Fire songs at the Mohawk, which is the closest we’ve gotten to the real thing since the fancy dress loving Arcade Fire has chosen to skip playing Buffalo for the last 12 years. If you caught their Radiohead In Rainbows shows last year at Iron Works and The Bug Jar you know Lazlo Hollyfeld will do a very good job, and with a whole bunch of accomplices joining them to generate that big Arcade Fire sound, tonight could be a real pre Halloween treat.

Meanwhile, NYC rock legends The Strokes, who have played WNY, will be honored with a set of covers by local all-star tribute band Different Strokes, featuring Tom (Humble Braggers) Burtless, Ben (Dance Yrself Clean) Parsons, John (Girl Jeans) Grace, Ryan (The Slums) Schilia, and Griffin (Feverbox) Smith… in costume, so strolling in for the headliner tonight would be worse than a mistake, it’d be downright lame. Tickets, if there are any still available, are $15 at the door, which open at 9pm.