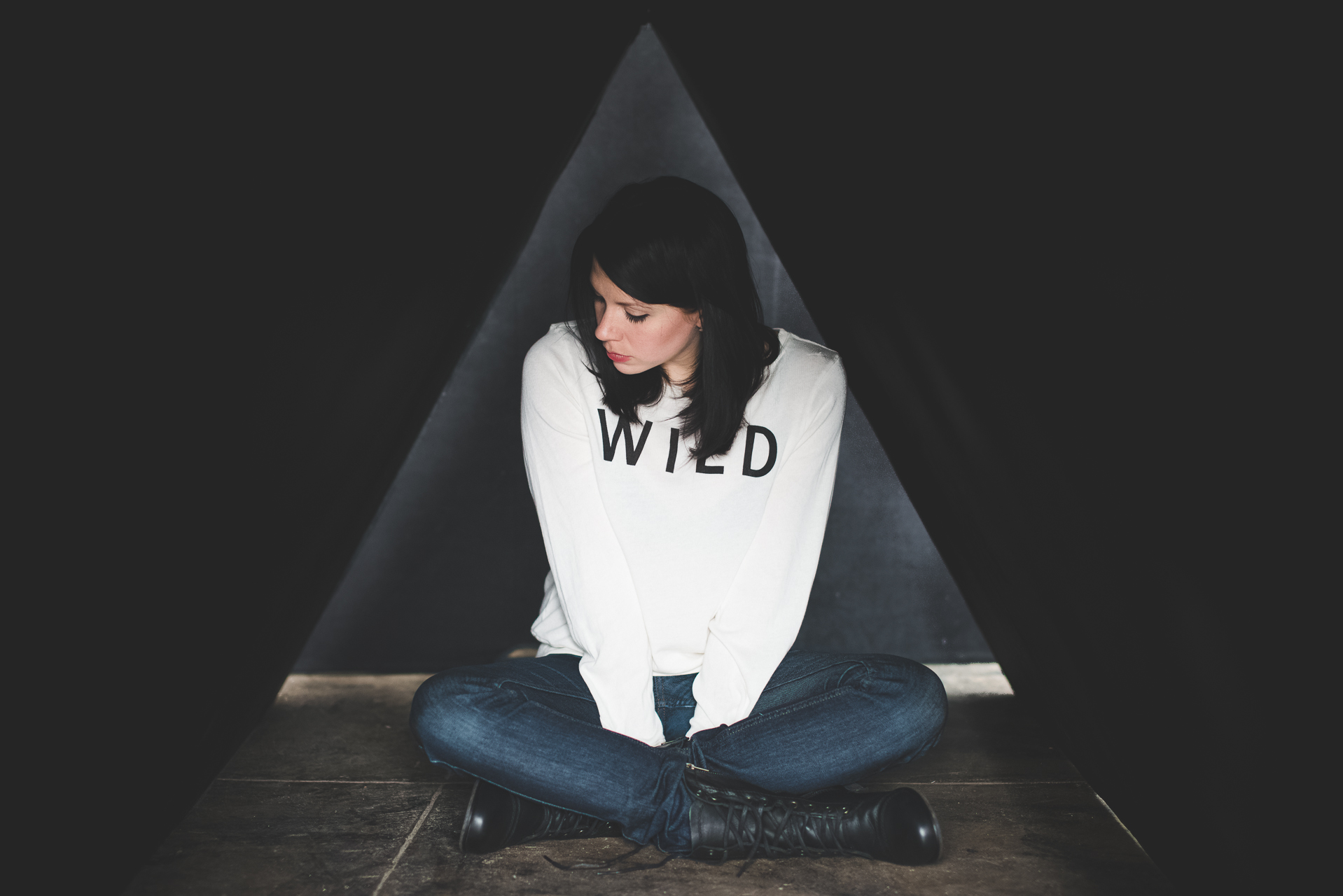 When Kristine Flaherty was in California attending Stanford University, she began making rap music as a joke. A parody track opened the door to her passion for music and writing, and sparked her career as K.Flay.

She began creating tracks last fall, uncertain of what would become of them. She sought out crowdfunding to bring her album to fruition, rather than her route signing with RCA. For her album Life as a Dog, she broke off from her major label to take initiative for more creative control over her art, and also to establish a more intimate relationship with her fans.

Through crowdfunding site Pledge Music, K.Flay hit her goal within five days and finished up just shy of 200 percent of her goal. Those who preordered the album were able to give their feedback to K.Flay about the album, and now that she is on tour fans have the opportunity to indulge in behind-the-scenes footage, studio updates, surprises and “weird other things.”

Not only will some of the funds raised go toward charity, (specifically, 10 percent of money raised post-goal went to First Book) but the boundary between musician and fan becomes broken.

“You create a more intimate band/artist connection and that’s kind of always been the premise of this project,” she says. “I’m definitely excited about getting to know the people who made this thing a reality.”

She spoke about how quickly this project was completed, and how, because of that, Life as a Dog is in essence a snapshot of herself.

“The album is really a moment in time. It feels very connected to itself, just temporarily,” she says.

In a narrative sense, she says the content of her work reflects the “internal wrestling with feelings of sort of doubt and regret, but conflicting and good feelings of hope and forward momentum.

“That pushing forward, at least for me, is very motivational in life. I think it’s important to be critical of yourself and reflective and think about things and put your actions into even a very small historical life perspective. Also, to remember that you wake up and you have the ability to sort of change everything, everyday, which is bizarre and interesting,” she said.

Discouragement along her path has been no stranger, but she says that those struggling moments were “perversely encouraging” to show her what she did and did not want in regard to her future.

“It strangely did give me a more focused and more empowered vision for the project. I think any kind of creative endeavor…whether it be a novel, an album, an art show, or whatever it’s going to be, there’s a lot of people that doubt, in terms of discouragement, in that process,” she says. Her approach is to “just be totally devoid of external influences and kind of re-center.”

K.Flay will be making a stop in Buffalo tonight ($12, Doors at 7pm) at the Waiting Room, presented by After Dark Entertainment. She shared her insight about life on the road and her discoveries.

“I’ve had this very transient lifestyle, and it has created this dynamic where I feel very connected to people, many people,” she says. Although she thinks that predictions about the future are “incredibly dangerous and inaccurate,” she hopes that the record will be a slow burn, to continue touring and to hopefully make it overseas.

What does K.Flay love about music? “I think I love the music because it’s predicated on this former association whether that’s as a listener or a performer, it’s sort of transcendent in a way. It has been since the dawn of invention or the rising up from the rock that some Neanderthal was throwing onto another rock. It’s a form of art that really does allow people to become disembodied in another way, but I think in a very productive way and in a very cogent way, and it’s sort of unparalleled in that capacity.”