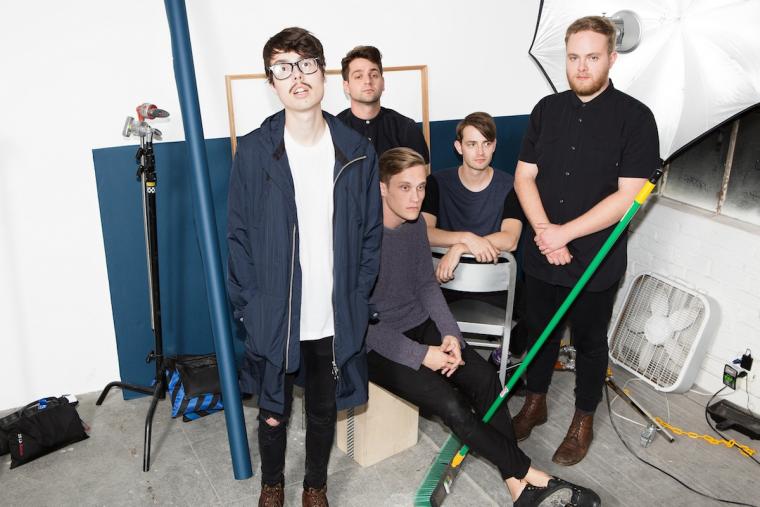 The series of great shows making their way to Buffalo this fall continues tonight as local heroes return for another glorious homecoming.

It was just a little over a year ago that Rochester’s Joywave were just starting to make small waves outside of the Western New York music scene but little beyond that. Then came their breakthrough single, “Tongues.” The song almost immediately begun rotation on alternative radio around the country, and the band’s sudden popularity even scored their debut album a spot on the Top 40 charts and catapulted them to appearances on late night shows such as Jimmy Kimmel and Seth Meyers. Joywave now returns to the music scene that birthed them with their collection of infectious synthpop jams. If the band’s live show is nearly as high-energy and fun as their record, then tonight’s show show should be nothing short of an absolute blast.

But while Joywave might be riding the success of their stellar debut album, they couldn’t have done it alone. Joining them tonight is the band in part responsible for their success: KOPPS. The fellow Rochester dance rock band collaborated with Joywave on “Tongues,” and the working relationship between the two bands has helped both bands thrive ever since. KOPPS are also fresh off the release of their brand new release, The Sound of Music. The EP is filled with nothing short of absolute wall to wall bangers, including lead single, “My Gold,” which I previously wrote glowingly about for this very blog. The quartet is also responsible for maybe the best show I’ve seen in Buffalo this year.

Taking the stage shortly before !!! at the 9th Ward this past May, the Rochester outfit threatened to blow the headliners right off the stage. The band put on absolute masterclass with their adrenaline fueled danceparty and lead singer Patricia Patron’s charismatic banter. There’s few shows that are an absolute guarantee on the music calender, but this looks as close as can be to one, so don’t miss it.

Waiting Room opens at 7pm for tonight’s show and tickets are $17 at the door.