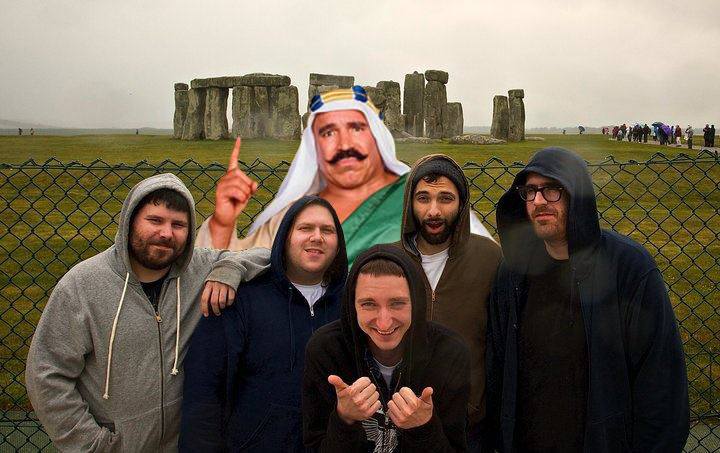 Iron Chic is a band with an amusing tongue in cheek modesty, describing themselves as a “decent” band that plays “acceptable” music. They also go by the self deprecating title of, Your Previous Least Favorite Band, giving the impression that they’re not even important enough to be your current least favorite band, with the majority of their albums collecting dust in the 50 cent bin of forgotten thrift stores and the corners of basements across the country.

Except of course, that totally isn’t the case. Iron Chic tackles cartwheeling Long Island pop punk that should turn audiences into a motion blur, and their music couldn’t be more alive. They released their new album, The Constant One, back in November, and now their touring trek leads them to Broadway Joe’s.

Speaking of new releases and pop punk, two local acts are also slinging out new LP’s tonight. Longstanding Buffalo act Failures’ Union will bring out The Tethering, an energetic blizzard of bright and passionate songs. Mapmaker is a bit of an odd duck in this line-up. Hard edged punk with probably bring the most fuzz, they’re making a scene- I mean, a name for themselves, and should be tossing their new LP, Critical Path, into your smiling face tonight.

Broadcaster is on tour with Iron Chic, and jam out songs that will lift spirits like a beach ball on the waves of the ocean. They’re catchy and will bounce into your ear, refusing to leave without an eviction notice.

Each of these bands brings a healthy slice of ’90’s nostalgia, but are modern and raucous enough to sufficiently rock you into Wednesday. The shakedown starts at 7PM and will cost 6 bucks.