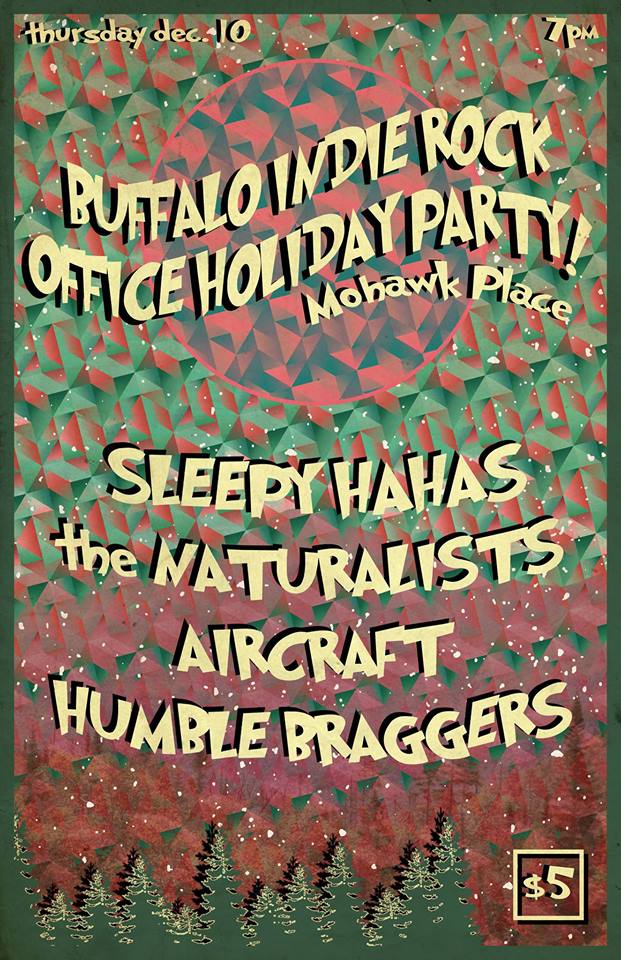 Tonight at Mohawk Place hosts a local bill that’s as local and awesome as you can get– Sleepy Hahas, The Naturalists, Aircraft, and Humble Braggers. It’s like Christmas is here early! Or something like that.

While these bands really don’t need much of an introduction, we’ll do it anyway. Sleepy Hahas have undergone a couple of lineup changes in the past year, and are poised for the release of a new album on the heels of the “Deep River” single, which has a very cool video to go along with it. The Naturalists are riding high right now on the local attention that they’ve been getting from their latest EP, Home Honey, I’m Hi. If you like grunge, or pizza, give them a listen. (They really like pizza.) Psych garage rock group Aircraft is up next. Their most recent release being an EP, 7 Gems From The Sparkling Void. And of course, filling out the Buffalo-iest bill are Humble Braggers, who bring their dreamy synths and stellar personalities along.

Yes, it’s a holiday office party, however your boss won’t be there. Nor will your weird co-workers that keep the Christmas music radio station on in the break room. So come on down, purchase a Genny Cream or three, and support some Buffalo music staples.