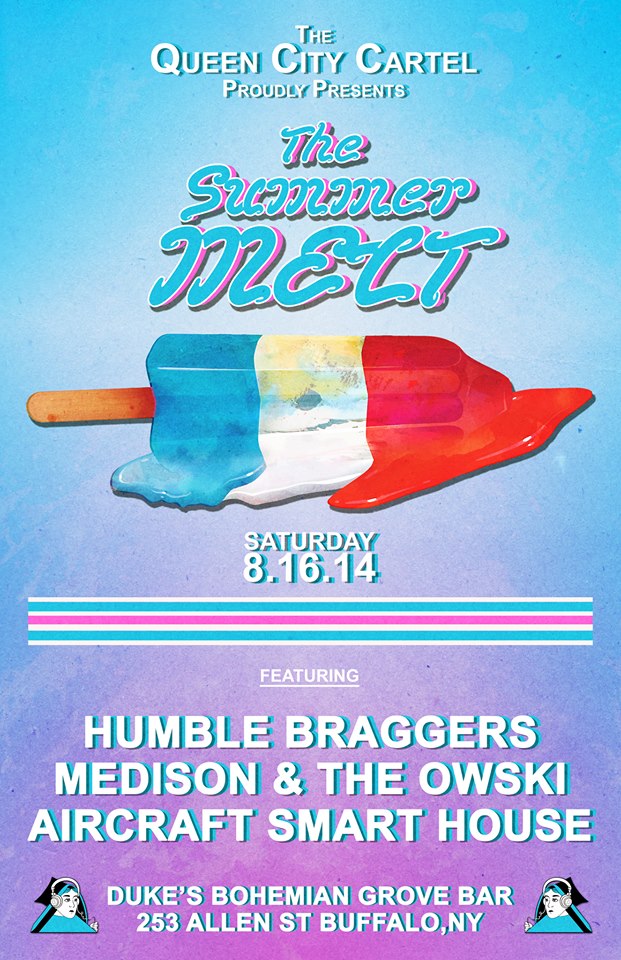 It’s been a while since we’ve heard from Buffalo DJ enclave, Queen City Cartel. The group used to control the coolest dance parties and DJ most events throughout the majority of the scene. There was a time that if there was a legit DJ spinning at a Buffalo party, there was a 96% chance that DJ was a QCC member.

With that being said, Queen City Cartel ventured beyond it’s DJing safety zone to throw a pretty notable party at DBGB’s tonight complete with live music acts. Featured on the bill are three bands that if you read the blog regularly, you know we are fans of.

First on the bill is SMART HOUSE, a band that seldom plays, but every time they do, the crowd digs them. Like REALLY digs them. Fronted by Alek Ogadzhanov, the band is the perfect mix between JOYWAVE and Metronomy. Following SMART HOUSE is Humble Braggers, a dreamy electro-pop trio that conjures the best of 80s synths with Passion Pit’s translatability. Closing out the live section of the event are Queen City Lottery alums,  Scajaquada Creeps. The costume clad band is a conglomerate of members of Mallwalkers,  UVB-76, Aircraft, and Resist Control. Their sound can best be described as electro dance punk, mixing aspects of The Rapture, Thunder Birds are Now! and Black Eyes.

With house DJs Medison and Owski supplying the crowd with the very best bangers intermittently throughout the night, the event is a must. Doors are $5 and I would get there around 10pm.