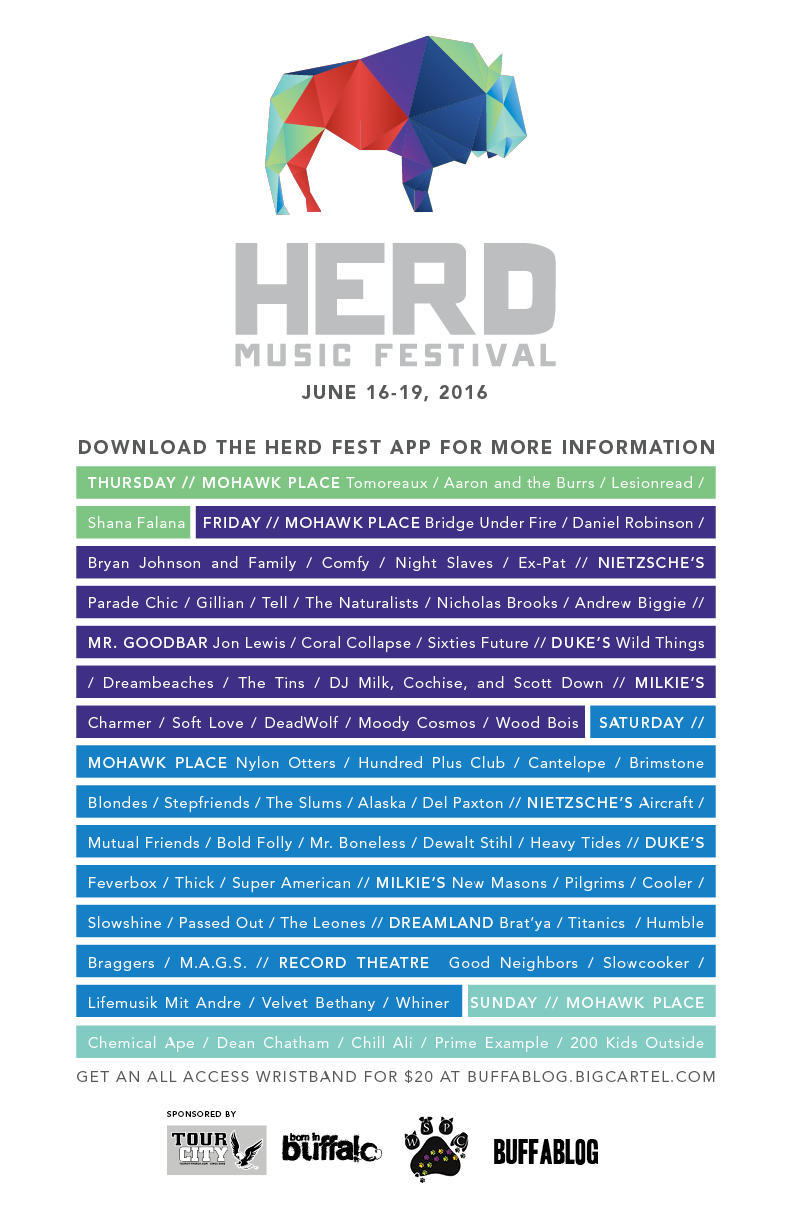 At about 9:30pm, Milkie’s launches into their set programming, with emo revivalists from Rochester (and formerly of Michigan), Charmer. After that are straight rock band The Soft Love, psych-rock act Deadwolf, stripped down indie original Moody Cosmos, and rounding out the night is comedy act Wood Bois. If you are a fan of Flight of the Conchords or The Cure, then you should mark this set down. $5 cover. If you get there before 9:30pm, you might be able to catch WWE Hall of Famer the Honky Tonk Man with his set. I am not kidding.

10pm is when everything else comes in full swing. At Mr. Goodbar, Rochester indie-folk act Jon Lewis will be hitting the downstairs stage with support from indie-rockers Coral Collapse with a big headlining set coming from Sixties Future. $3 cover.

Nietzsche’s launches straight into a backroom set from indie-pop acts Parade Chic and Brooklyn’s Gillian, followed by the first and last show from newcomers with old faces, tell. and a closing set from grunge-rockers, The Naturalists. In the front room on your way for some fresh air, check out sets from folk-acts Alex Berkley and Andrew Biggie. $5 cover.

Last and certainly not least, DBGB’s has a giant show headlined by local The Tins, who have mastered the art of being a musical chameleon, ranging from harmonious psych-pop to electro-pop. Also supporting are Killers-esque act Wild Things and baroque-y

Head on out to any or all of these shows tonight. Support your scene and discover new bands. I sure will be.