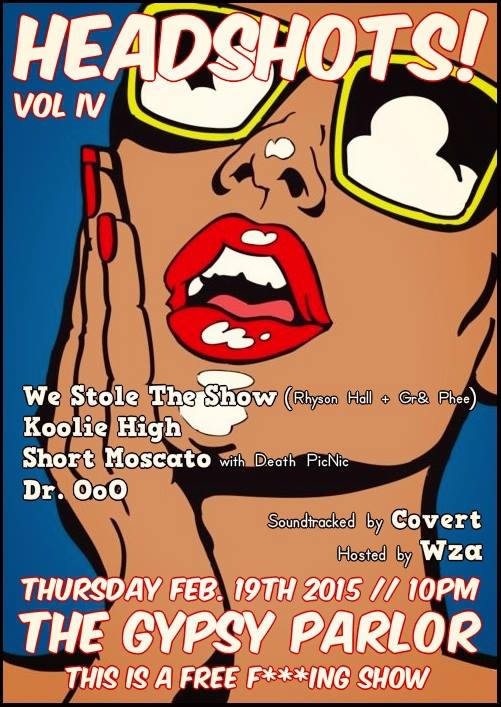 Looking for something fun (and free!) to do on yet another frigid Buffalo night? Gypsy Parlor has you covered with another installment of their Headshots! series.

Featuring some of Buffalo’s best hip hop acts, the showcase, soundtracked by Covert and hosted by Wza, is the fourth in a series that shows no signs of slowing down. Doors for the 21+ show are at 10, and with so many performances on deck, you don’t want to be late.

Whether you are a staple of the scene a la We Stole the Show, the duo comprised of Grand Phee and Rhyson Hall, or are newer to the game like Short Moscato featuring Death Picnic,  musically there is something for every hip hop head in the city. Headshots! also has performances by Koolie High and Drew Hartman aka Dr. OoO.

There will be a merch table disguised as a popup shop, brought to you by Equality, Knowledge & Light. Need a new skully to keep your dome warm during this ridiculous weather we are calling winter? EKL has you covered.