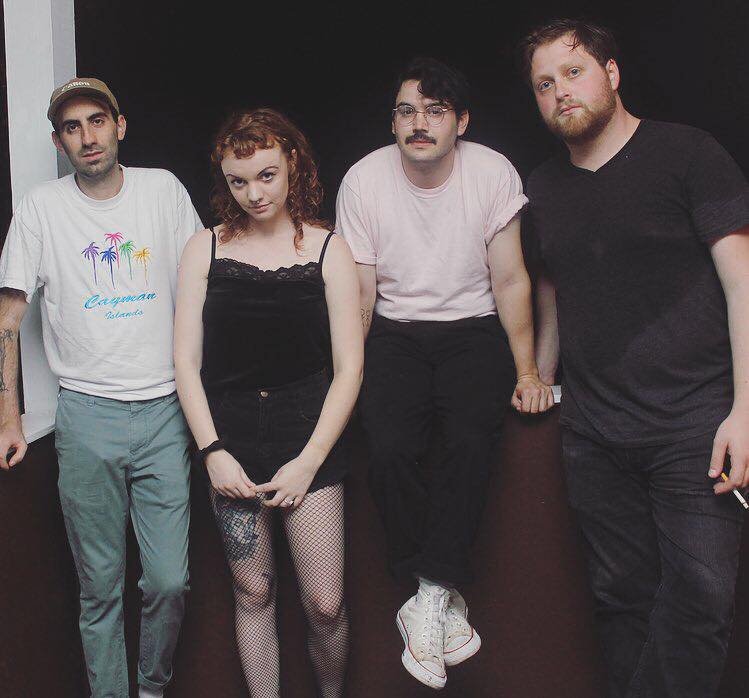 If you’re looking to scratch your indie rock itch tonight, look no further than Milkie’s on Elmwood where femme-fronted four-piece, Hate Club, are performing along with additional friends and local favorites.

Hailing from Albany, Hate Club founded in 2016 and dropped their debut EP, No, Seriously, showcasing a slacker, basement rock sound that’s wrought with angst and heartache. Their standout tracks include “Passive // Aggressive” and “In the Shadow of Two Gunmen, Pt. 2,” both of which are refreshingly cathartic and endearingly personal. Want to rock out and be vulnerable at the same time? Join the Club for what promises to be a rambunctious musical therapy session.

Adding a healthy dose of noisy, garage rock to the show will be Albany’s guitar and drum duo, Death Vacation. Expect catchy, live wire melodies under static, walkie-talkie vocals that will leave your head bopping and your ears ringing.

Rounding out the night, and wearing their hearts on their sleeves, is the captivating emo-rock three-piece, honey COMA. Doors at 7:30pm, music at 8pm. $5 at the door.