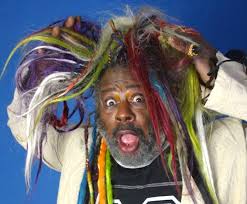 It is not an overstatement to say that George Clinton’s impact on popular music is “incalculable.” As the band leader/ring leader of the brilliant musical collective that gave the world Funkadelic and Parliament, he took the funk originated by James Brown, Sly Stone, Tower Of Power, and The Isley’s in the 60’s and used it as a palette to take the genre and African American music and art further than anybody could’ve possibly imagined.

The funk itself became the thing: a vehicle for psychedelic exploration and conceptual adventurism that combined ass shaking grooves, ambitious production and stagecraft, humor, and biting social commentary to create a sc-fi parallel universe of African American expression, the original Black Superheroes (before the arrival of Public Enemy, also Clinton disciples). And that’s not even getting into the inescapable fact that P-Funk became the musical foundation for the Golden Age of Hip-Hop of the late 80’s/early 90’s.

All of this and more is going to be celebrated and felt by the bodies assembling tonight at the Town Ballroom to worship George Clinton and Parliament Funkadelic with the rhythmic moving of their asses. People will without a doubt be getting loose and getting free through the pure funk of this profound visionary and his magnificent band, making this a “can’t miss” show. Tickets amazingly are still available for $35. Doors open at 7pm.