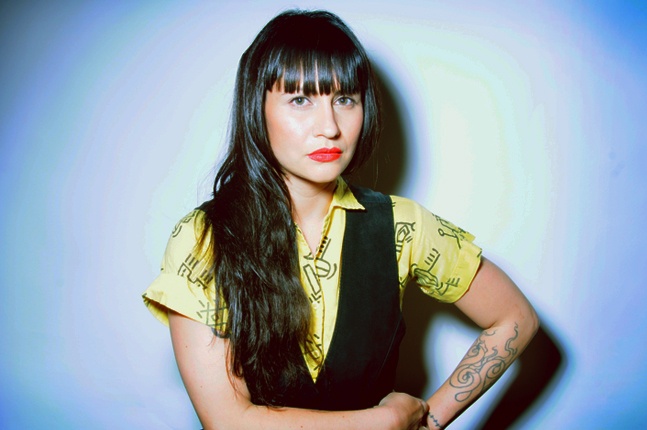 Indie rock veteran Frankie Rose will be swinging through Buffalo tonight. Performing at the Town Ballroom’s intimate Leopard Lounge space, Rose is coming off the release of her fourth full length solo record, Cage Tropical. Having been on the scene for years, touring with bands like Vivian Girls, Crystal Stilts, Dum Dum Girls, and Beverly, she is now carving out her own sound as a solo artist. Inspired by both retro synth pop-rock and the silly eeriness of classic sci-fi films, her music is awash in shimmering, atmospheric and almost paranormal tones.

Opening the show is Philly-based shoegaze rock group Suburban Living. Starting out as a solo project of Virginia musician Wesley Bunch, the group expanded into a 4-piece over the course of a five year period. Their sophomore record Almost Paradise was released last year through 6131 Records.

Doors open at 7pm, with music starting around 8pm. Tickets are $14 at the door.