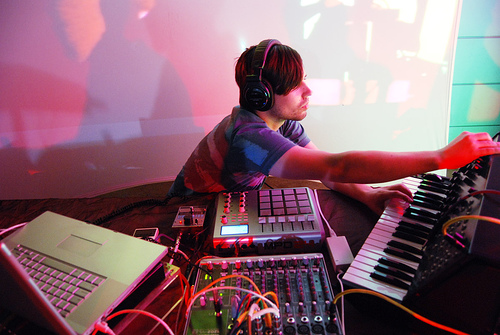 With the seemingly countless number of artists incorporating some form of electronic music into their sound, the challenge of creating a concise, unique style while still maintaining an ear for pop accessibility is as important as ever. Brooklyn-based producer Eliot Lipp has built his career around an inclusive approach to songwriting, incorporating elements of funk, electro, hip-hop, indie rock, soul, acid house, and various other dance genres into his tracks. As an avid analogue synth enthusiast and noted crate digger, Lipp incorporates a wide array of samples into his work along with his original sounds.

Since debuting his first LP, S/T, on Eastern Developments back in 2004, the producer has continued to grow as an artist, releasing six full lengths, the latest of which was released in 2012, titled Shark Wolf Rabbit Snake. Tonight, Eliot Lipp will perform at Buffalo Iron Works along with local live electronic band Sonder. Doors open at 8pm, show starts at 9pm. Tickets are $5 advance and can be purchased here or at the door for $8.