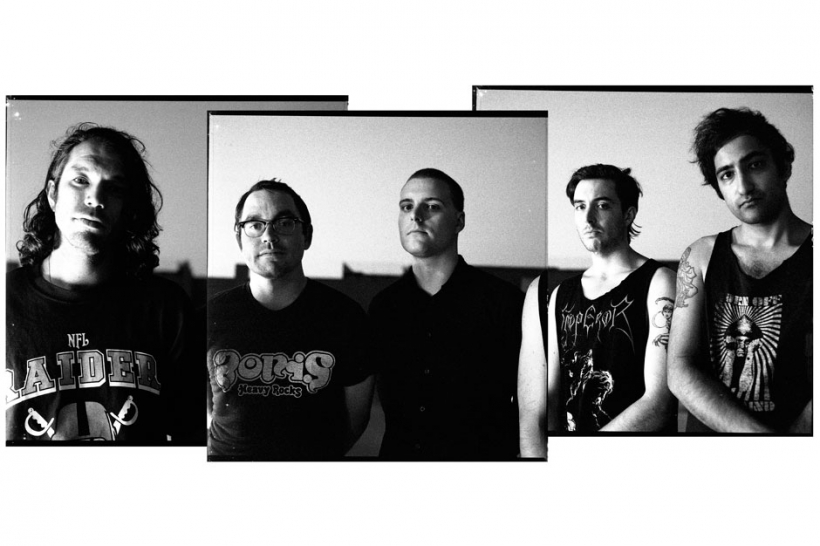 In heavy metal, or any genre of music for that matter, it’s difficult to create a sound that is truly unique. For every band or artist that plies their craft in an attempt to be original and relevant and true to themselves, there are the inevitable comparisons to “similiar” artists; similar in sound, style or perhaps, more profoundly, in cultural expression. Take Pearl Jam, a massively popular band that, despite years of solid releases that span acoustic Crazy-Horse dirge to chaotic bombast, ala “Do the Evolution,” will always be, in some sense, lumped in with the grunge sound (whatever the hell that really is). Pearl Jam is associated with grunge because they were part of that movement, for good or ill, and their first album reflects that sound. And it doesn’t matter what the rest of the albums sound like. They will always be that band.

That’s why it’s so refreshing when a band crawls into our conscience, seemingly out of nowhere, to capture our interests with something we’ve never heard or seen before. Deafheaven do not sound like any other band. They are part of no movement. They have been labeled “post black-metal” or “blackgaze,” but that’s really because critics don’t know what else to call their sound. Sure, you can pick and choose elements as easily from Slowdive as you can Darkthrone, but it’s just more enjoyable if you take them for what they are, which is an incredibly cool, interesting, heavy band.

Deafheaven have been making waves, garnering all kinds of critical acclaim, both for their breakout album, Sunbather, and their overwhelmingly crushing live shows. Tonight may be one of the last nights you have to catch a great band before they break wide open. The Tralf (8pm, $16) is the place to bang, with openers Indian Handcrafts and No Joy opening the party.