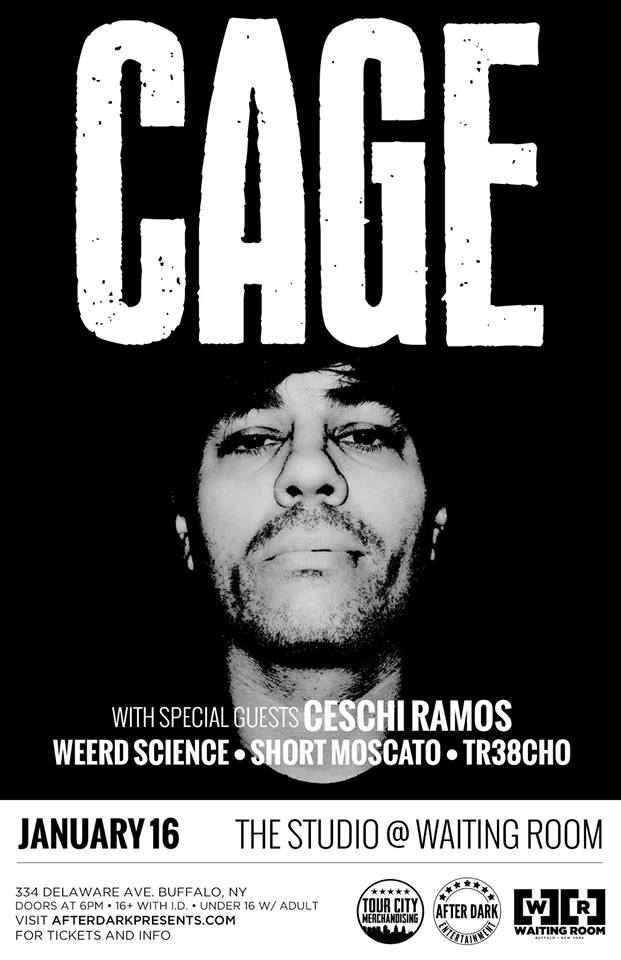 The Studio at the Waiting Room is becoming the definitive place to see hip hop shows that not nearly enough of your friends are excited about. Tonight, it’s Cage: progressive rapper, founder/establisher of underground favorites  Smut Peddlers and The Weathermen, and (unsurprisingly) object of Shia LaBoeuf’s artistic boycrush affections.

Cage (born Chris Palko), a part of the East Coast hip hop scene since the late 90s, has a body of work that spans over 20 years and 4 studio albums. His most recent effort, Kill the Architect, was released in late 2013.

Openers include Buffalo artists Short Moscato and Tr38cho, along with the always intriguing Ceschi Ramos, who head south next week to kick off another tour, and  Weerd Science.

The act-packed show is 16+ with ID, and tickets are available at the door for $15. Doors for the event, hosted by rapper on the rise Chuckie Campbell, are at 7pm.