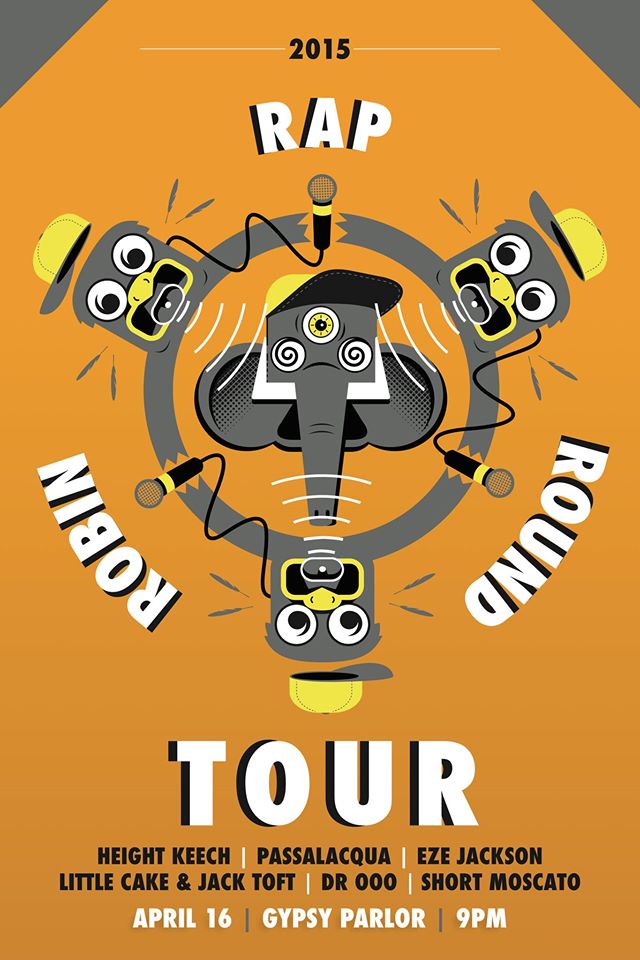 What began as an annual Baltimore tradition has made its way to Buffalo, where three local acts meet three touring acts for a nonstop rap action in an innovative presentation of music. The Gypsy Parlor hosts tonight’s event, which begins at 9pm.

The aim of the Rap Round Robin is to eliminate the “dead air and general lameness” of rap shows by creating an environment where there is continuous music throughout the show. Three stages are set up, and each act performs a single track before passing the mic to the next group. The audience is literally surrounded by music, and with three local favorites representing, this is a can’t miss show for hip hop heads.

Jack Topht & Little Cake will take a stage tonight, along with Dr. Ooo, and Short Moscato. The touring acts for the tour are Passalacqua, Height Keech, and Eze Jackson, along with special guest PT Burnem. The showdown begins at 9pm.