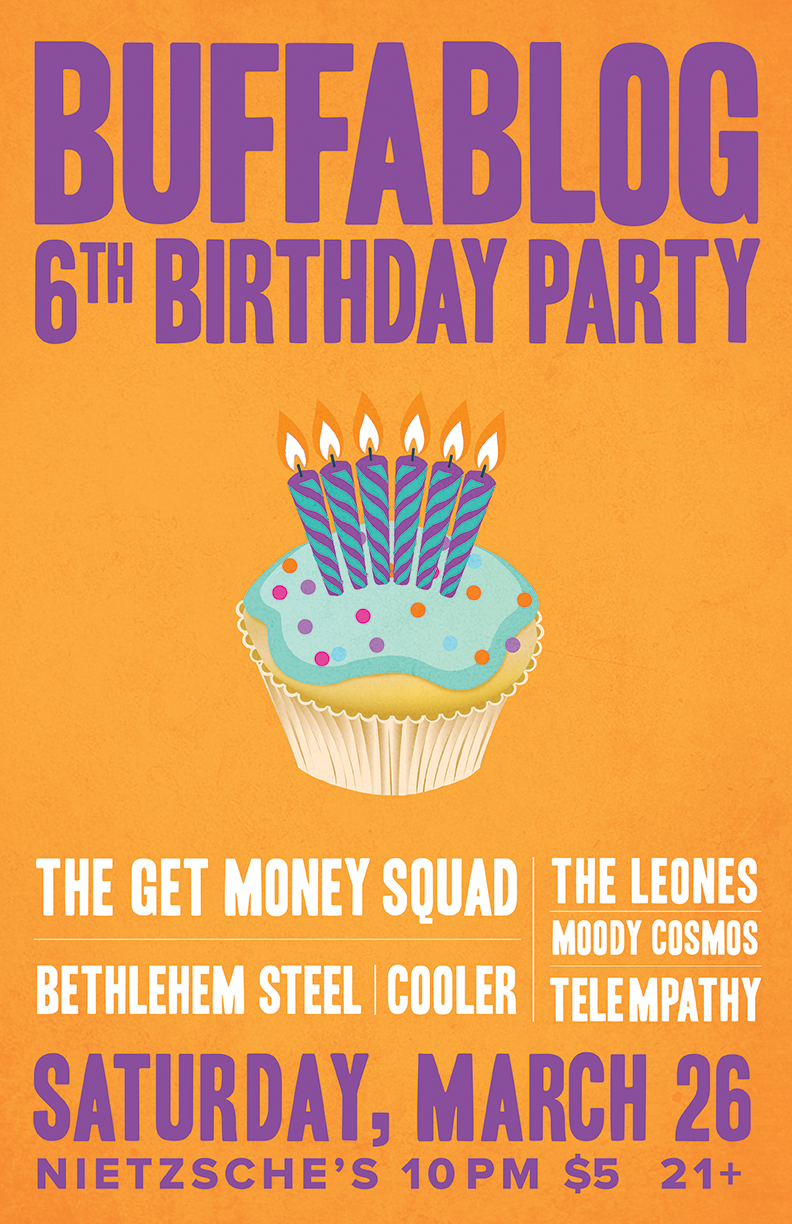 There’s something great to be said about the camaraderie that has formed between buffaBLOG, Buffalo musicians and honest music lovers over the past six years. We’re celebrating the all-around enthusiasm for the local music scene as well as the DIY essence of that camaraderie tonight at Nietzsche’s, and the lineup couldn’t be doper.

Helping to kick off the night are Telempathy and The Get Money Squad, both of which maintain a surfy tone, though Telempathy has a more 60’s rock-infused lo-fi sound while TGMS has a breezier groove to them.

Also slated to play are Cooler, one of our favorite fuzz rock bands who seem to be gaining enormous momentum lately, Moody Cosmos, psychedelic garage rock act who are gearing up to deliver new material this summer, and The Leones, whose dreamy, ethereal tunes are every bit atmospheric as they are ruminative.

The only sad bit of news to report on is the cancellation of Bethlehem Steel’s set for the night. After their extremely successful run at SXSW, the band had some vehicle trouble and were stuck in Austin for a bit longer than planned. The group was recently featured on NPR’s SXSW 201 Wrap-Up as one of their favorite discoveries, as well as USA Today’s FTW! Culture post detailing some of the most impressive SXSW sets. Luckily, they are on their way home with the help of friend and fan donations.

Music starts at 9pm tonight, admission is only $5. Check the Facebook event for more details.