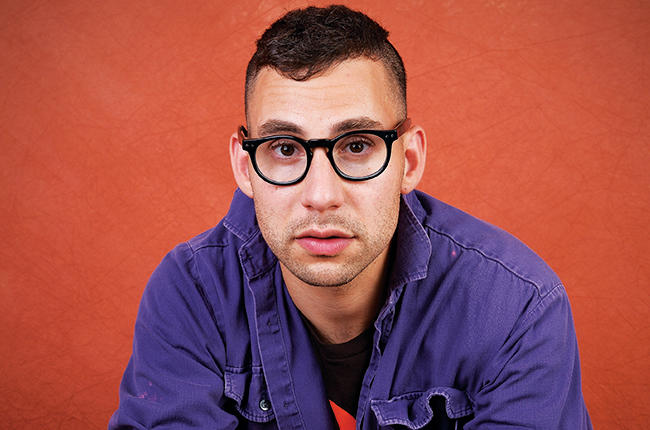 It’s too facile to call Bleachers merely a side project of fun. guitarist Jack Antonoff (or, if you’re a Girls fan, the lover of Lena Dunham). With over-the-top production and unabashedly catchy alt-rock vibes – what he describes as a merging of Arcade Fire and Discourse, and music that isn’t ashamed to be mainstream – Antonoff has developed a band just as fun and commercially viable as his breakthrough group, if not more.

The young band (conceived and developed during his touring with fun.) was launched into fame largely on the heels of lead single “I Wanna Get Better” – a jubilant and irresistibly catchy piece of audio-therapy, with its sunny sound suggesting Antonoff will be just fine. Their debut album, Strange Desire, came out July of last year, with the New Wave-y third single “Rollercoaster” also helping to cement the group’s place in the lighter halls of alt- and indie-rock royalty.

Bleachers will be performing this Easter Sunday at the Town Ballroom, with doors opening at 6:30pm for the sold out show. Rochester’s Joywave is set to open.