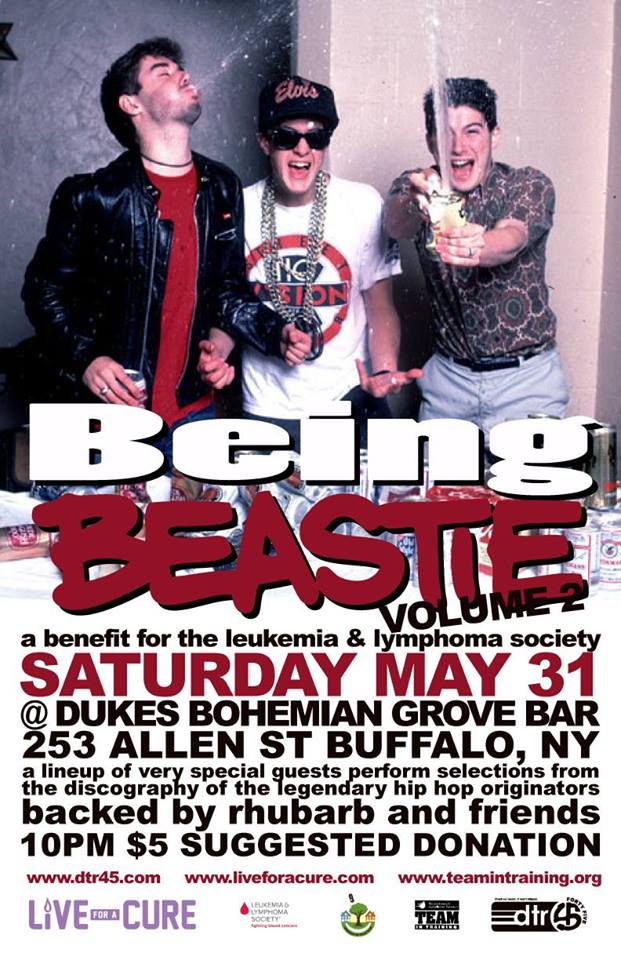 Buffalo boys and producer-promoters Damon Bodine and Tony Caferro team up once again to promote cancer awareness through music in their widely well-received benefit series. Being Beastie, a karaoke-style event held at Duke’s, features participants rapping to Beastie tracks while being backed up by local band Rhubarb.

Bodine, whose Hodgkins Lymphoma cancer is in remission, devotes his time to promoting cancer awareness and has been promoting this event for six years. After Adam Yauch aka MCA, lost his battle with a rare form of salivary gland cancer in 2012, Bodine dedicated this event to the memory of the hip hop icon.

100% of the proceeds of this donation-based event go to Leukemia and Lymphoma Society, the world’s largest voluntary blood cancer research organization. The suggested donation is $5, but there is no limit on how much you can donate, so bring cash and courage (if you plan on rapping).