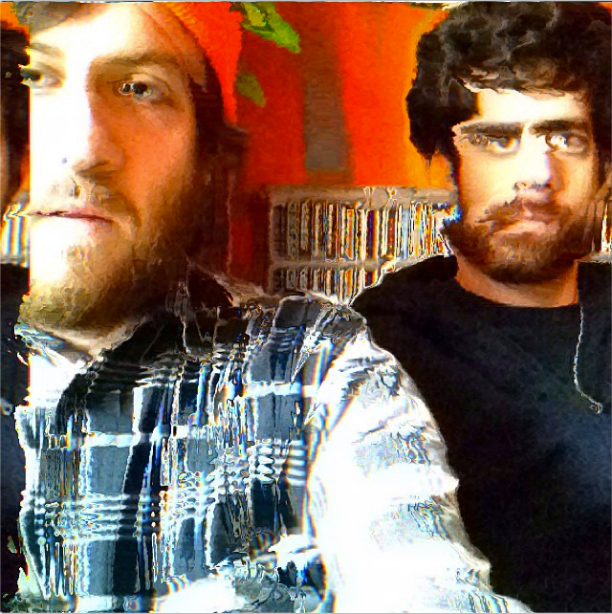 Tonight we’ve got Philly’s Banned Books and Texas’s Dead Words joining forces at 100 Plymouth, supported by local winners Hot Tip and All of Them Witches.

One of the joys about writing for this blog is that I get clued in to great things that otherwise I would miss completely. This show’s one of them. Wasn’t cool enough to catch a regular Facebook invite, but someone was kind enough to send it my way, and I’m totally into the lineup.

If I wanted to be cute, I would say that Banned Books bridge the gap between All  of Them Witches math-rock weirdness and Hot Tip’s jagged post-punk angles. But, in truth, something much stranger is going on. These guys play indie-rock music, but they also like to take a whole lot of left turns and make a whole lot of noise. Check out their Bandcamp and you, like me, will be acutely curious as to what they might sounds like live.

With Dead Words, on the other hand, I think I know exactly what to expect. These fellas are laying down some quality pop-punk that is worthy of the descriptors on either side of that hyphen. You could sing along, you could jump around, and neither action would be out of place.

If you’re a regular buffaBLOG reader, then you’re probably familiar with Hot Tip and All Them Witches, but if you aren’t, here’s the short version: Hot Tip = female-fronted post-punk known to sing about your DNA. All of Them Witches = math-rock for you folks who like your time signatures uncommon, your melodies strange and your heads bobbing.

Show starts at 7:35 pm, making it eminently attendable for those who hem and haw over going out on a school night. Bring 5 bucks for the touring acts. Facebook event here. Below: Banned Books with “Past Life Story” for your aural pleasure.