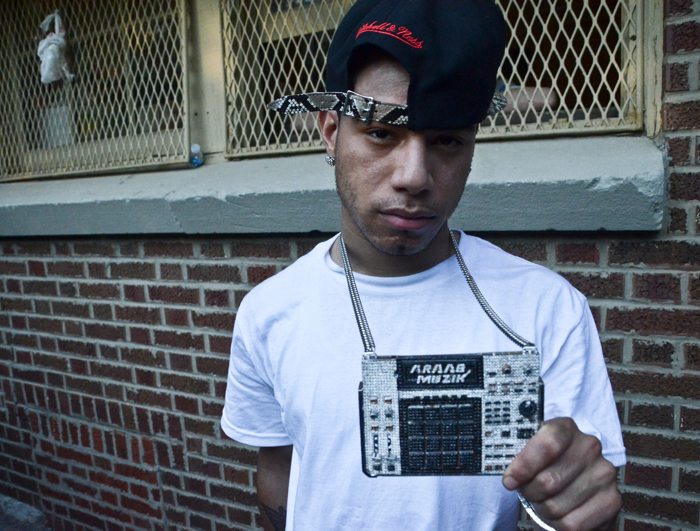 The MPC, or music production controller, has become an iconic piece of hardware within hip hop culture since it was first introduced by Japanese company Akai in 1988. By facilitating rapid sampling and drum looping, the instrument lends itself to dynamic live performance as well as studio use. Providence, Rhode Island born producer Abraham Orellana aka araabMUZIK quickly made a name for himself as a virtuoso of the machine, as videos surfaced online showing the artist’s rapid-fire finger drumming and sampling that features elements of electro, dubstep, and trance along with club-ready hip-hop.

With the release of his 2011 debut LP, Electronic Dream, the producer offered an infectious hybrid electronica/hip-hop style that earned a spot on Pitchfork’s “Top 50 Albums of 2011” and was praised for its’ energetic take on various classic dance genre’s. The follow up to that record, Dream World, is due out later this year and includes the single “Day Dreams”, whose mesmerizing video premiered back in April.

Tonight, the self-proclaimed “MVP of the MPC” will perform at the Town Ballroom for Teamwork 2015, hosted by local rapper Chae Hawk and his Teamradio imprint. Also performing will be WBLK’s DJ Heat and Niagara Falls hip hop trio remain nameless. Doors open at 8pm. Tickets can be purchased here for $20.