Toneyboi Drops Lead Single from Leaders of the New Kool 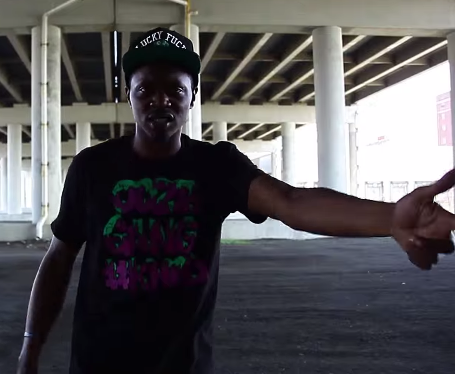 The summer of EV III releases is getting into full swing with the debut music video from Koolie High’s Toneyboi. “Guacaroni & Cheese” is the first single off of the rapper’s soon-to-be released album Leaders of the New Kool, produced entirely by Neckbone Rollins. The street banger’s production is an awesome effort of bizarro grittiness, over which Toneyboi lays out bar after bar. The Malt Disney-directed video sees the rapper and accompanying squad ball out on some courts, do some skating, and post up effortlessly around the city.

Toneyboi is headed down south to finish school, but this Saturday the crew is throwing an album release/going away party for the rapper at the Waiting Room. The album is available physically at the party, and online the day after. Peep it below.