Music is Art Readies for Year 13 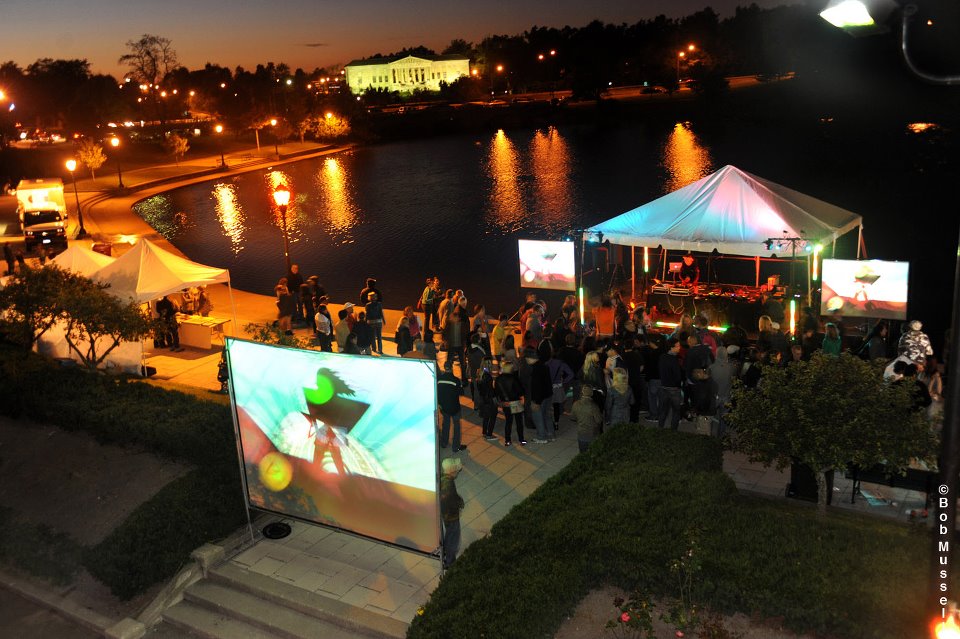 A stage devoted to beat poets. An elaborate performance artist who adorned her set-piece in shiny blank CDs. A guitar-maker whose primary material is old cigar boxes. A bearded bluegrass quartet performing not 100 yards from an EDM DJ.

These are just a few of the sights and sounds that I recall from past incarnations of Music is Art – Buffalo’s 12-year-old celebration of everything music and art, including many acts that creatively meld visual and sonic forms of expression. This means the festival is appropriately varied (as you have surely already inferred), with more than 100 artists taking six band stages, six DJ stages and two dance stages. Hell, there’s even a stage for the children – the Kid’s Village Stage.

And while the festival may lack the big-name appeal of the other music fest taking place Saturday – Edgefest, at Canalside – there is no better time to check out the artistic talent and musicianship that Buffalo has to offer. A taste of our music and the arts scene, if you will.

With such a large and eclectic lineup, the local music fan would be more hard-pressed to find reasons not to go (barring, of course, that you already have Edgefest tickets).

Into rootsy music? Put up a lawn-chair at the Americana/Blues stage, and enjoy sets by local favorites the soul/R&B group Miller and the Other Sinners and the outlaw country outfit Uncle Ben’s Remedy.

More into Caribbean rhythms? Hit up the Reggae/Dub stage with its host of bands and area DJs.

Prefer rock and alternative? Divide your time between Stages A, B and C, which will play host to (among many, many others) the Kiss tribute group KISS THIS, the provocative rock’n’roll outfit Transgendered Jesus, veteran singer-songwriter Willie Nile, fuzzed-out stoner rockers Super Killer Robots and the jazz fusion crew Cosmic Kat. Or just park yourself at the Sugar City stage and make a night of it.

Just don’t get too attached to any singular artist, as most sets only run between 15 and 30 minutes (with nearly all at Stages A through C being limited to 15 minutes).
The notable exception, both in set-time and underground cred, is the Goo Goo Dolls, who will be headlining this year’s Music is Art with an hour-long performance at Stage A beginning at 10pm It’s a fitting headliner, as the Goos’ bassist Robert Takac founded the festival back in 2003.

With their middling, soft-rock-meets-pop approach and hometown roots, the Goos are, needless to say, humongous local favorites and sure to pack the south end of Delaware Park for their set. For those dying to see native Johnny Rzeznik croon “Iris,” “Slide” or their famed Supertramp cover “Give A Little Bit,” best to find a spot at Stage A earlier than later.
For everyone else, enjoy these samplings of what the Buffalo music and arts scene has to offer.

Music is Art will run from 10am to 11pm in Delaware Park on the back lawn of the Albright Knox Art Gallery. If you’re using a GPS, the address to punch in is 199 Lincoln Parkway, Buffalo. Admission is free.