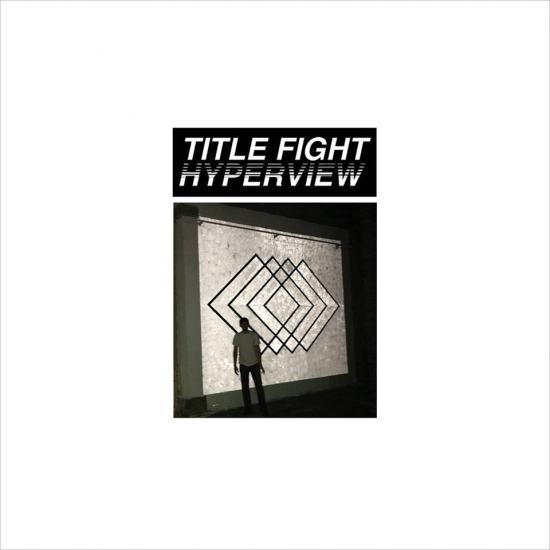 The first time that I ever heard of Title Fight was in 2012 when I read a review bashing a single from the band’s new record, Floral Green. The write up stated the new track was a complete departure from Title Fight’s current sound at the time, and was not worth even listening to if you liked the band. Obviously, I had to go listen to the song, “Head in the Ceiling Fan.” From what I understood, Title Fight was a punk / post hardcore band, but this track was incredibly slow and dreamy. After hearing that song, I dug deeper into the band’s discography and really became a fan.

When the band began dropping songs for new album, Hyperview, I was really surprised. These two new songs, first “Chlorine” and then “Rose of Sharon,” continued on the underwater sounding, dreamy path of “Head in the Ceiling Fan,” and the fact that both new songs were on that path led me to believe that the new record was going to be 100% in that genre, a departure from their old sound. To my pleasure, as well as many other Title Fight fan’s dismay, the record is.

The new record is a complete departure from their punk and post hardcore roots. Hyperview features a huge amount of echo and reverb, incredibly distant and emotional vocals, and generally dreamy, laid back instrumentals. Tracks like the opener, “Murder Your Memory,” as well as “Your Pain is Mine Now,” “Liars Love,” and “New Vision,” almost sound like could easily be off a dream pop record. The only track that bears any resemblance to the bands roots is “Rose of Sharon,” which still features some pretty aggressive drum sections and vocals, making it one of the better tracks on the record.

Before I begin to say what I don’t like about this record, keep in mind that I am all for bands taking artistic risks. In fact, I encourage bands to do so. Even though there was a large part of Title Fight’s fan base that did not like this sound, the band went for it anyway, and I admire that. In this case, though, the risk did not entirely pay off.

The thing I dislike most about this record are the vocals. Not so much the lyrical content, but the way they are presented. It seems like, at points, the vocals are pushed way too far back into the mix to be an important or enjoyable part of the music. I understand that the band was going for this new sound, and sometimes the point of a shoe-gaze sounding record is to push the vocals back in the mix,  but when it gets to the point where the vocals seem less essential to the tracks than the instrumentals do, that seems a little off.

The more redeeming thing about the record is the instrumentals, and the drums in particular. While the instrumentals as a whole do sound really similar on most tracks and are way too loud compared to the vocals, they do compliment the style of music pretty well. The dreamy, repetitive guitar sections on most tracks keeps your head bobbing while simultaneously making you want to drift off to sleep, but in a good way. The album isn’t particularly boring, as it is a really fitting length, around 30 minutes. Most of the tracks on the record are honestly kind of forgettable, mostly due to the sometimes bland, repetitive chord progressions and melodies.

Overall, Title Fight made a swing and a miss on this record, but its really important that they at least took the swing. Hyperview presents some incredibly interesting ideas, and I cant wait to see where the band takes their sound next. They will have to find a way to take their sound to the next level while separating themselves from the other bands that are pushing for this shoe-gazey, slowcore sound. This type of sound fit a lot better when it was more of a one off track idea like “Head in the Ceiling Fan” on Floral Green.