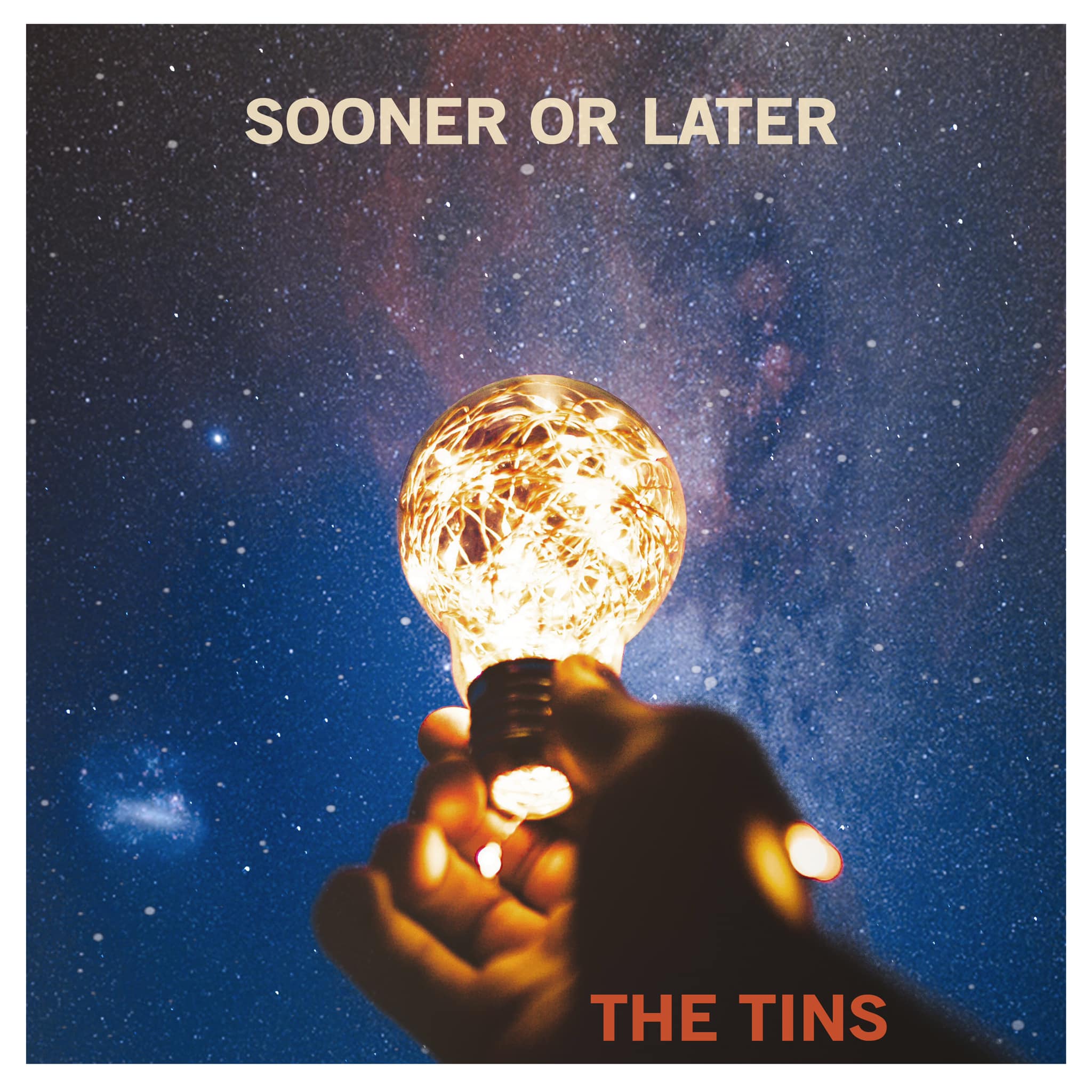 Buffalo music scene mainstays The Tins have had a pretty good summer – and you might’ve noticed during your morning commute and coffee run. Their spring single “City Lies II,” which we here at BuffaBLOG loved, landed on Starbucks’ retail playlist, playing in stores across North America. They also got some love on satellite radio, with their cover of Bruce Springsteen’s “State Trooper” currently in rotation on SiriusXM. The Tins are riding that high into the fall with a minimalist, vaguely spooky new single “Sooner or Later.”

“Sooner or Later” is a refreshing step in a new direction for The Tins. You can count the tracks on barely more than one hand – drums, a groovy bass line, rhythm and lead guitar, synth, layered vocals, and a shaker (which I hope is shaped like an egg) on the chorus –, and that’s all you need, really. Drummer Dave Muntner has stepped into the lead on this one, lending his voice to deliver some seasonally appropriate lyrics. Creating a complete sound with such stark instrumentation is a challenge, but The Tins have nailed it. The eerie synth, jangly guitar, and haunting vocals make the single perfect for an October release, but it’ll still be great months down the road.

The Tins will be supporting this release with a 10-day fall tour of the Midwest and Northeast. “Sooner or Later” is now available for streaming on on all digital platforms. Listen below.