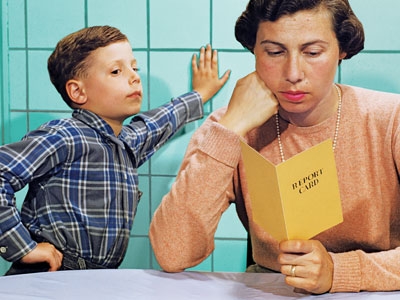 The announcement of the Thursday at Canalside series, now years away from the cesspool that was Layfette Square, is one of Buffalo’s true indicators that summer is pretty much here. And with that announcement, comes lots and lots of bitching, at least normally.

My fellow buffaBLOGGER Cliff Parks once told me “if you like three of the Canalside acts, then it’s a good year.” And you know what? The guy is 100% correct. What people don’t realize is that this FREE lineup isn’t made for you, or your parents, or a fan of one particular genre, rather, it’s made for everyone, which means multiple genres/bands/sounds will be represented, some to the pleasure and some to the disdain of those looking to spend a nice Thursday evening down on the water front.

As per tradition, I have compiled my Thursday at Canalside Report Card, and before I go any further, please take note that this is a rather tongue-in-cheek post, so please try to hold it together if I insult one of your favorite acts (spoiler: I hate jam bands). The Canalside organizers face a yearly trial of putting together a quality and diverse lineup, so good luck finding someone better to curate if you are unhappy. And to be honest, reading the comments section on Canalside’s facebook page, this year lacks the level of complaining I have come to know and love, although there are still some gems on there if you wish to have a laugh this morning. Always top notch entertainment.

June 4th: Matt & Kim w/ Made Violent
While not my favorite band, this is a hell of a way to start off the summer series. The bouncy pair has maintained a solid fan base over the years, getting constant spins on both alt and indie rock radio stations, so expect one of the younger crowds of the summer lineup for the duo. I do have to say the band peak’s to me will always be its steady presence during the first season of Community though. Bonus points for Buffalo’s rather buzzing Made Violent being included on one of the trio’s only local shows of the year.
Grade : B+

June 11th: The Arkells w/ Robert DeLong, Milo Green
Buffalo’s on-going love affair with all that is Canadian rock seems to have catapulted the Arkells into the #2 spot in our hearts (the Tragically Hip apparently will always be #1). The band should be no stranger to the area at this point, having played at past Canalside and Town Ballroom shows over the last couple years. This will be yet another opportunity to open up your heart to Canadian rock.
Grade: B+

June 18th: Everclear w/ Fuel, American HiFi
I was looking everywhere for Alt Buffalo’s name on this date, but as it turns out, the station is presenting (not organized) the whole damn series, so there you go. The yearly lineup always likes to have a evening of 90’s rock nostalgia and this appears to be the night. I haven’t heard much from Everclear these days unless I happen to be at a Soul Patch show. Same with Fuel, minus the Soul Patch show. And I don’t remember American HiFi at all. I hope Soul Patch doesn’t either.
Grade: C+

June 25th: Spoon w/ July Talk
Not only the best act of this year’s lineup, but most certainly the best since the series moved down to the water. After releasing the “underwhelming” Transference a few years back (I liked it), Spoon came roaring back in 2014 with They Want My Soul, another fantastic entry into an already stellar catalog. The long-time Austin based outfit has reached that can’t-do-no-wrong status over the years, and even its worst album is better than anything you will ever release. I can’t recall the last time the band rolled through town, but this is a festival headliner we have playing for free in Buffalo so if there was only one act to catch this in summer’s lineup, Spoon is that act.
Grade: A

July 2nd: The Sheepdogs w/ Yonder Mountain String Band
I have never heard of the Sheepdogs until about an hour before writing this piece, but given that the band is paired with Square/Canalside regular, Yonder Mountain String Band, we appear to have our good ole’ Americana night of the lineup. Watching the below clip only solidified my presumptions, but man, do I like organs. The Sheepdogs do have a small touch of The Band in them after all, so they can’t be that bad right? This is one of those get a couple beers in me and I am there type shows.
Grade: B-

July 9th: Mighty Mighty Bosstones
Being a child of the 90’s, the Bosstones have always held a very small place in my heart. Originally forming in the mid 80’s, the ska-punk band seemed to gain a second lease on life (and a score of new fans) after being prominently featured in Clueless, and whether they were unfairly placed into that new wave of swing bands (blame the horns maybe?), the Bosstones always seemed to be having the most fun, regardless of what genre they were lumped into. I don’t know how to skank at all nor do I want to, but I could easily be talked into this show after a couple pit stops at the beer tent
Grade: B

July 16th:  The BPO – “Buffalo’s All-Star Tribute to Stevie Wonder”
A couple years ago, the BPO did a similar tribute to Michael Jackson, so this should be another good one. I have always liked Wonder and I am curious as to what the BPO will do to his long catalog of music. Anytime the BPO play an outdoor show, they draw a big crowd so expect a lot of the same.
Grade: B

July 23rd: Badfish – Sublime Tribute w/ Reel Big Fish
I always know the exact time to leave a bar for the night and that’s when Sublime’s “Santeria” starts playing over the speakers. The ENTIRE bar feels the need to sing every single word, and I am out of there before the first verse is complete. For that reason alone, I will always hate Badfish, a band which still somehow manages to sell out show after Buffalo show, for continuing the legacy of an already awful band. How is this possible? It’s a damn cover band people. There is no show I wish to attend less this summer than Badfish.
Grade: D+

July 30th: Iron & Wine w/ Ben Bridwell (Band of Horses)
Apparently the two musicians are long friends, and naturally decided to record a covers album, Sing Into My Mouth, set to drop sometime in mid July, tackling tracks by Spiritualized (interesting), Bob Segar, and Sade, to name a few. Solo Sam Beam, though, is the equivalent of downing three pills of Tylenol PM, and who knows what Ben Bridwell, the front-man of Band of Horses, is like on his own, so this grade is contingent on a few factors. Will there be a backing band? (Please) Will they play any of the acts original songs? (Please) That remains to be seen.
Grade (with band): B, Grade (without band): B-, Grade (playing original music): B+

August 6: Umphrey’s McGee w/ Aqueous
Bless the Canalside organizers for only booking one jam night this year. If there is anything I hate, it’s jam music. But, I suppose if you want to hear some endless noodling this summer, you could do a lot worse then Umphrey’s McGee, who outside of Phish, seems to be carrying the torch for modern jam music. Same goes for Aqueous in Buffalo. I haven’t been to a jam concert since I attempted to make it through a whole Phish show in high school, so let’s just say I am busy this night.
Grade: C

August 13: Get The Led Out “The American Led Zeppelin”
I work at the Center for the Arts and if there is one thing I can say from my 3+ years there is that people LOVE cover bands, and what better act to cover than Led Zeppelin, a band whose influence on rock music that certainly does not be to be discussed here. If I am not mistaken, Get The Led Out has played at the Tralf a handful of times over the years, so the act should be no stranger to those Led Zeppelin fans who are looking for other musicians to play the band’s music.
Grade: C+

August 20th: En Vogue
Chalk this one up as Canalside’s annual urban/R&B music selection. The last couple years has seen Black Street and Salt-N-Pepa bring major crowds down to the water, so I expect En Vogue to do the same. I always want to thank the series organizers for making me type En Vogue for the first time in a decade. Anyways, while I have no issue with the selection, I feel a stronger act could have been chosen to close out the series. Salt-N-Pepa shut the city of Buffalo down when they performed. Seriously. I just don’t see En Vogue doing quite the same.
Grade: C-

Final Grade: B
Maybe my grades don’t all quite add up, but the job of curating this summer series has to be one of the most thankless and difficult tasks to do every year, so a solid B is rightfully earned this year. Hell Spoon (and no Extreme) alone bumped that grade up from a B-. One thing I did notice in this year’s series is, outside of the tribute nights, and En Vongue I suppose, the lineup is geared to a bit of a younger audience this time around (subbing an 80’s revival act for another indie group will do that), so take that for what it is.

Basically, NO ONE is ever completely happy with this schedule (again please see here), yet every Thursday night, the place is packed, so the curators, as always, win. Cliff was right after all. I counted four or five shows I can see myself at this summer, and that is what I call a successful Thursday at Canalside series.