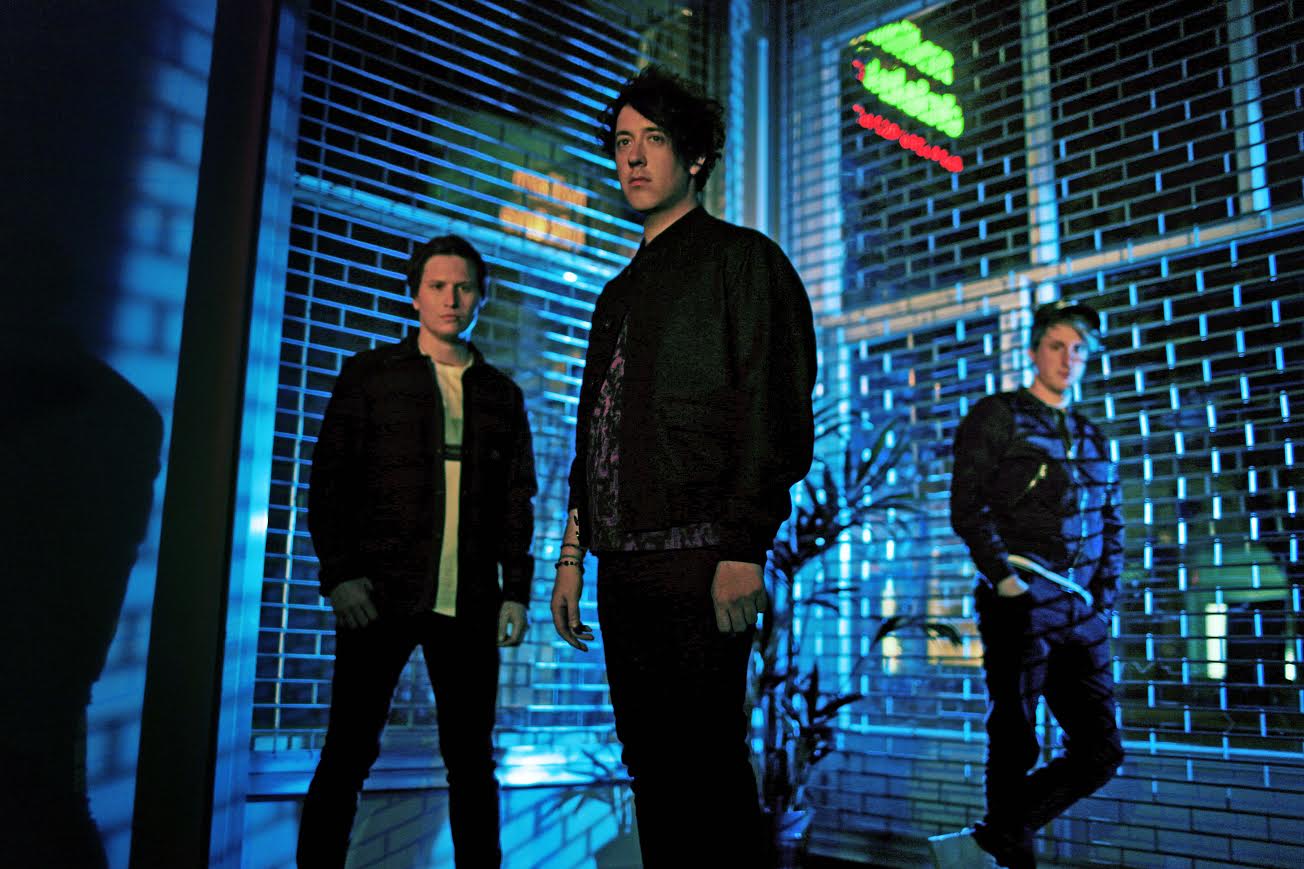 It was eight years ago the Wombats burst onto the scene, just fresh-faced youngsters at the time armed with roaring guitars, hooks galore, and a cheeky sense of humor to them. Since then, the band’s sound and popularity have only grown, with the group experimenting with electronics, approaching darker subject matter, and thrilling crowds at some of the world’s biggest music festivals from Glastonbury to Coachella.

Earlier this year, the band released their latest album Glitterbug, which saw the Wombats’ new electro-pop sound flourish. The band has become famous for it’s raucous live show (a sweaty dance party of back to back singalongs), and tonight, brings that show to Buffalo. Prior to their set tonight at Waiting Room, I had the chance to chat with drummer Dan Haggis about the band’s changing sound and upcoming show.

buffaBLOG: So the band’s sound seems to have change over the years, with your first record, A Guide to Love, Loss, & Desperation, being quite guitar-heavy, while The Modern Glitch started to introduce some electronic elements before the latest fully-embraced that sound. What do you feel might have influenced that decision?

Dan Haggis: I think on the first album that was kind of the first three or four years of the band’s life and it was very much just drums, bass, and guitar. We used to concentrate on doing as many gigs as we could and when we were recording the album it was pretty much recorded live. I think we just wanted to get across how much energy there was from the stage to the CD somehow.

With the second album, we wanted to do something a bit different and challenge ourselves in a different way, so each of us got a synth next to us and started messing round with different sounds. We didn’t really think about what fans or anyone would think, it was just about whatever we felt like doing at the time. And then with the third one, we sort of found a sound that we were really happy with and just fine-tuned it bit. We recorded that one mostly ourselves cause we had learned a lot while producing the second album as well. But who knows, the next album we might go back to just guitars.

bB: And in terms of the band’s evolving sound, Glitterbug does seem thematically darker than previous albums with many of the lyrics referencing to drugs, heavy drinking, and heartbreak. Was there anything during the songwriting process that influenced that?

DH: Yeah, I think pretty much every song we’ve ever made stems from real-life experiences. Matt obviously writes all the lyrics and it’s very much based on what was happening in his life at the time. With this latest album, he broke up with a girl who he had been together with for awhile and got together with a new girl. He spent a lot of time in Los Angeles, obviously big cities and partying go hand in hand and especially around the tumultuous time there was a lot of heartache but also a lot of excitement and just that unknown.

I think that we’ve always made sure to stay true to whatever’s going on in life and write about things you actually know what you’re talking about and hopefully people can relate to those experiences.

bB: So with your first album you guys were still based very much in Liverpool at the time and you mention the experiences in LA. How do you think the two very different locales informed the two works?

DH: You can’t help but be influenced by the city that you’re in, you know your surrounding and the people around you. A lot of the music for the third album was still made in Liverpool, but we had quite a bit of emails sending back and forth between Liverpool and LA and LA back to Liverpool. But I guess there is a slightly more summery-feel, but I think our music’s always been quite upbeat and summery-sounding and they lyrics are the thing that give it a bit more darkness.

bB: And as for Liverpool, as a city, it’s quite working class, but it’s got this real artistic scene and culture. How do you think that has influenced your music?

DH: I think probably more so our outlook. People in Liverpool are very down-to-earth and you know if anyone who ever gets above their station, Liverpool always drags you back down. In terms of the music and the city, when we grew up there it wasn’t the city that it is today. It’s improved a lot and it’s obviously got quite a reputation as being very industrial and high-crime levels and stuff like that, but we had a great time growing up there. And when the weather was terrible we’d have nothing else to do but make music and find an indoor hobby, so that definitely forced us into the practice room a lot.

bB: I feel like that down-to-earth quality does come through in the music. Lyrically there are a lot of very emotionally honest sentiments expressed but it’s done in a way where it’s also undercut with a quite a bit of humor

DH: Yeah, there’s always been that sense of humor in Liverpool, like things may be shit, but you got to at least laugh about it.

DH: I think there was definitely a few years back, but we did so much touring on the second album and we’ve been over on this album as well, and I think it’s getting closer to being similar. It’s actually really exciting for us coming over to America and feeling that sense of “Wow, people are actually getting to know the band more” and people know the new album as much as they know the first album. There’s lots of new fans coming through and so it’s definitely getting close. I mean the size of the venues we fill is probably a bit smaller than it is in the UK but again, that’s where we came from, sort of playing these little sweaty clubs and everyone’s in there, hanging from the ceiling and losing their shoes and that’s what’s been really nice about those small club shows, just the energy we get in the room. So yeah, we absolutely love it.

bB: What have been your favorite songs to play live?

DH: I think recently it’s been between “Emoticons” and “Pink Lemonade,” just cause it’s the moment in the set where I come off the drums and play keyboards and gives me a nice break. We only just started playing it recently, so it’s always more exciting when you have like 10 songs you’re not quite sure about and there’s that sense of excitement like what’s gonna happen, are we gonna pull it off, and the crowds’ reaction to the new songs have been so good as well, so that helps.

bB: Also this being your first time playing Buffalo. Is there anything in particular you’re excited to see while here?

DH: The only thing I really know is Niagara Falls; we saw that a couple years back, but that’d be quite good. What else would you recommend?

bB: I think probably the one thing that connect Liverpool and Buffalo is both cities are quite working class and obsessed with their sports teams, though your teams might be a little more successful than our’s.

DH: Is soccer popular in Buffalo?

bB: Yeah, actually, for a smaller city in the States, we have one of the biggest audiences for it.

DH: Yeah, there’s obviously two teams in Liverpool, Liverpool and Everton, and myself, I’m a blue.

Doors at Waiting Room open at 7pm with tickets still on sale for $20. Be sure to get down early to see openers Pop Etc. (formerly known as the Morning Benders) and Royal Teeth. This will be one show you won’t want to miss.