The War On Drugs – Lost In The Dream 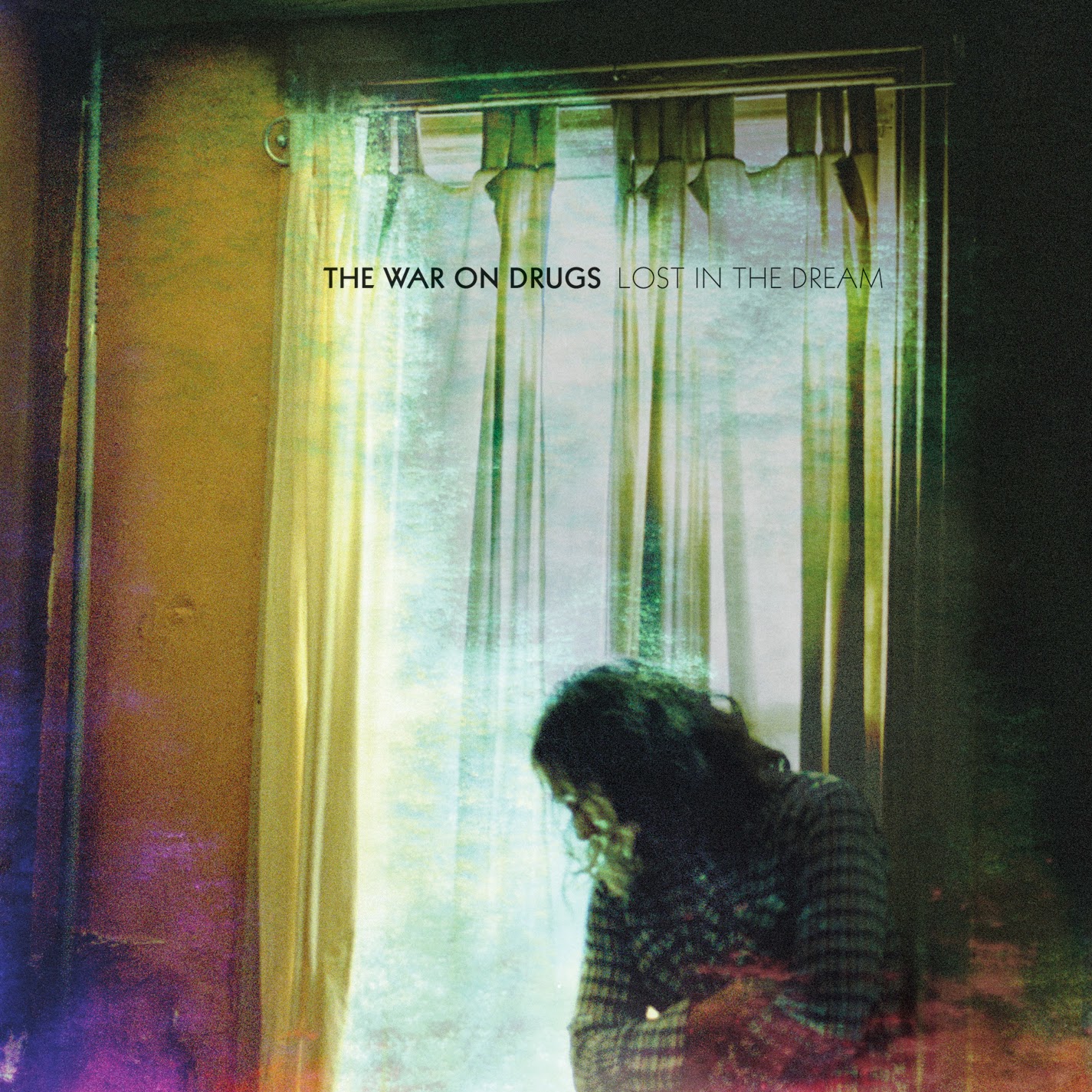 If one were to switch out the article ‘the’ with ‘a’ in The War On Drugs’ new album title, Lost In The Dream, one would find a stark and subtle difference between interpretations. Lost in ‘a’ dream connotes a superfluous, vague experience, like, ‘oh yeah, I was like, all swirling up in that dream man, totally bonkers.’ Lost in ‘the’ dream is specific, melancholy. Why would anyone feel lost in ‘the dream’, which I’m getting to here, is the dream that each individual pursues? From what I gather of Adam Granduciel is that the guy is rather OCD. After doing a little background research, having not been a die-hard fan of the group already, I found that this album took to him like a leech. Post-breakup, like many of us know, can turn on an obsessive creative switch to deviate from any lingering feelings or emotions. I’m not saying that this album is about a breakup, but it seems spurred by change in Granduciel and the rest of the group’s life. Perhaps, it’s an attempt to validate that The War On Drugs are gaining much street cred via the acclaimed breakthrough release of Slave Ambient.

In studio, or outside, it appears the songs consume him like a virus. The rearranging of chord structures, particular delay in snares, and anally constructed compositions repeats itself until the thought inside his genius becomes form. All artists work at their own pace, and Granduciel’s methodical approach is a pay-off in gold. “Under The Pressure” opens the album. It’s the longest song on here, although it’s not noticeable because of the continuous builds and playful reverb. Beginning with an overdubbed, looped guitar, and snare drums clicking outward and then merging into one fiery downbeat, the track has a sticky, mesmerizing quality that holds straight throughout. Lyrically, the emotional state resonates up front, as he sings “under the pressure/ is where we all are/ under the pressure/ is where we all live.” At around 5:40, the instrumental tones down, probing an extended use of feedback. This type of extension mimics the concept of the title, and one can almost feel the hesitation hinted at in “An Ocean Between The Waves” with the words, “I’m in my finest hour/ am I more than just a fool?”

“Eyes To The Wind” recalls the more folk-ballad treatment given to Wagonwheel Blues. The harmonica floats in and out, with layered, fastidious acoustic strums that undertones the vocals, which are more crisp than on other tracks. Lyrically the content touches on the same feeling of drowning. “I’m a bit run down here at the moment/I think I’d rather let it be” feels similar to “I can barely see you/ you’re like an ocean between the waves.” The “you” is a bit ambiguous, and I somehow think it’s not attributed to an outsider but the narrator’s own self, trying to ride a wave and not being able to ignore the vast oceanic subconscious beneath. “Suffering” is also a part of the frown-face group, and is self-explanatory in its glazed guitar and slow-set pacing.

Two tracks that cut through the haze are “Red Eyes” and “Burning.” They practically save the album from its self-involved distress, bringing a righteous, proud, upbeat melody. “Red Eyes” is the album’s single, and it brings catchy acoustics to the table with just the right amount of vocals that still are swimming underneath the reverb. You might not be able to tell what he’s saying, but you’ll have fun listening anyway. “Burning” uses more harmonic synthesizer to undertone the positive switch that occurs in the writing as well. He sings, “so if you look you’ll find yourself/ you’re not the demon in the dark.” Much of the instrumentation is introspective and then flips outward with a glorious kick.

“Lost In The Dream” is the titular track on the album. Hazy, undeniably softer, the song feels like an aperitif after the meaty ups and downs. Granduciel’s voice takes on a Dylan-esque vibe, which is used to a poignant and calm effect. A harmonica solo leads into the last song on the album like a bow. “In Reverse” opens with ambient sounds of the wind, subtle high-pitched chords straggling onto the stage. This lingering continues for quite a while. In the background there’s a barely audible acoustic chord that becomes overwhelmed by the initial phrase. “I don’t mind you disappearing/ cause I know you can be found” that feels like a nod to creativity. No matter how much inspiration seems like it’s bolting in the other direction, eventually the artist and muse will run into each other again and reignite. Certainly, The War On Drugs have lit the match once again, and it burns even brighter.