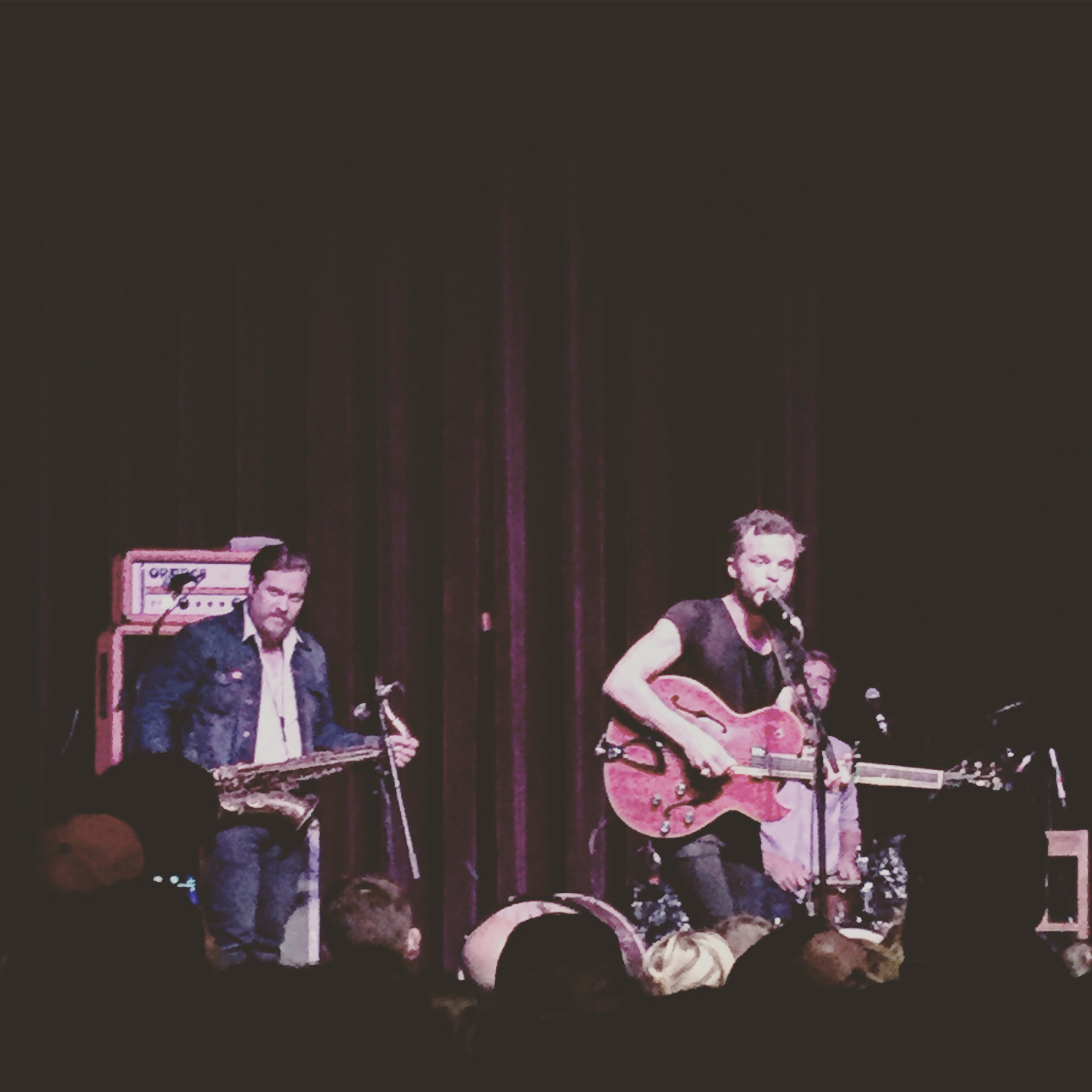 Having apologized for not being back to Buffalo for five years, Kristian Matsson recalled his last visit at Babeville: “Last time I was here I played in the basement. I haven’t improved as a person,” he paused. “…but I have friends now.” The Swedish songwriter flashed a proud smirk as he caught the members of his backing band in an over-the-shoulder periphery. In addition to his new backing band, Matsson—or The Tallest Man On Earth—brought a particular liveliness to the stage of Asbury Hall this past Wednesday night. With a fresh album on his fingertips, the NC folk outfit Hiss Golden Messenger in support, and the beautiful Asbury Hall packed with adoring fans, Matsson had a few things to be excited about.

Opener Hiss Golden Messenger got the night rolling with an impressive set of their folky alt-country mash. I’ll admit to not knowing much about HGM before just a few weeks ago; I downloaded and have been enjoying their 2012 full-length Poor Moon for just under a month now. Unfortunately for me, many of those songs were left out of their 40ish minute set (had my fingers crossed hard for album opener “Blue Country Mystic”). Regardless, some of HGM’s heavier moments yielded some pretty incredible displays of their ability—the quartet surging in perfect sync while frontman and primary songwriter M.C. Taylor poured soulful verse after verse into the microphone. My brother and I hadn’t planned on leaving the premium viewing angles of the cushy balcony pews before Tallest Man took the stage, but HGM drew us down to the floor after just a few songs. To the lovely couple who snagged our spots when we left—you’re welcome.

Disproving my prediction of “Sagres,” the first single off TMOE’s latest full-length Dark Bird Is Home, Matsson and company more befittingly started their set with “Fields of Our Home,” the first of the album’s ten tracks. The song listens just like the Tallest Man discography in order of release—at first with Matsson’s craggy and heartfelt vocal offerings contained in acoustic solitude, later joined by richer instrumentation and swirling harmonies. Such is the transition from TMOE’s early work to his current material; 2008’s Shallow Grave is marked by a profound folk simplicity often compared to the early songs of Bob Dylan, whereas Dark Bird—released earlier this year—builds songs on full-band jubilance.

Though, having members at his heels did nothing to slow Matsson down on Wednesday. Throughout the night, he blazed every inch of that stage, darting around with one of his eight or nine guitars slung over his slight frame (yes, “The Tallest Man On Earth” is a total misnomer). He sang his songs with a strong vocal charisma, at times even rather theatrically; his face would sometimes redden and shake a bit as he used the last bit of air in his lungs to squeeze every last bit of meaning out of his lyrics. Matsson’s vigor onstage was a convincing and enlivening spectacle.

Playing for over an hour and a half, TMOE ran through Dark Bird Is Home in its entirety and a good number of older classics. I’m sure I wasn’t the only one disappointed that he didn’t play “King of Spain” or “Wind and Walls” during the solo acoustic portion of the set, but I can’t really complain. “The Gardener,” “Leading Me Now” (full band!), “The Wild Hunt,” “Love Is All,” and “Criminals” were all included. Some of my favorite moments included the extended outro of “Revelation Blues,” during which touring member Ben Lester contributed smooth pedal steel runs that meshed beautifully with Matsson’s intricate and effortless classical fingerpicking, or the revamped electric version of darker number “Where Do My Bluebirds Fly,” featuring birthday boy Mikey Noyce on second guitar.

After closing out the set with heavy hitter “Dark Bird Is Home” and taking their leave, it didn’t take long for TMOE and crew to get called back out for more. Starting the encore with “Dreamer” (apparently a crowd favorite judging from the sheer singalong power), Matsson sang for the first time without one of his nine guitars, unless you count “Little Nowhere Towns,” during which he was hunched over a digital piano. Dialing up the theatrics a bit, he poured the rest of himself into the performance of “Dreamer,” free to jump around a bit (which he did), bearing his heart on his sleeve like a golden accolade. Follow that kind of energy with the angelic five-part harmonies of final song “Like the Wheel,” and you’ve got yourself a well-executed encore and the perfect way to end The Tallest Man On Earth’s long overdue return to Buffalo. “I’m sorry it took me five years to come back here.” Apology accepted, Kristian. Let’s not make it another five.

Note: My least favorite crowd member award goes out to the dudebro shouting “panty suit” or “ancy soup” (or whatever the hell you were trying to say) before almost every song. I can usually tolerate song-suggesters and I-love-you-ers, but you were a whole different breed of obnoxious. Either keep your mouth shut during shows or stay on Chippewa. Cool, thanks.