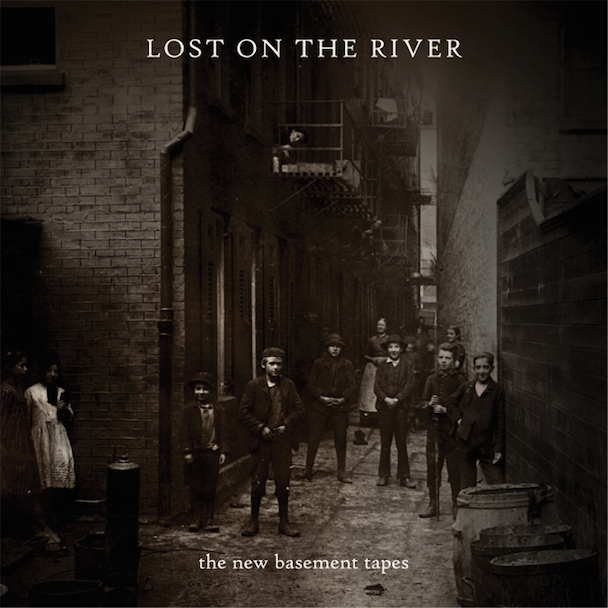 It seems like it’s every artist’s dream to get his or her hands on anything that came out of the mind of Bob Dylan. Whether it’s covering a beloved song or playing with the man himself, most artists name Dylan as an inspiration and graciously gush over the opportunity to be associated with him in any way.

Imagine, then, the chance to interpret Bob Dylan lyrics that were written in the 60s but never realized as songs. That’s what The New Basement Tapes did, and the result is their first album, Lost On the River. The band is made up of big-name artists from big name bands: Elvis Costello, Marcus Mumford, Jim James, Taylor Goldsmith, and Rihannon Giddens.

This Traveling Wilburys-esque supergroup composed new music for the decades-old lyrics, and thus had total creative license with arrangements, instrumentals, phrasing, and everything else that makes a song sound good. The whole idea piques my interest and I can’t help but wonder what making this album felt like. Did the artists feel pressure to sound like Dylan? Did they feel disrespectful by not sounding like him? Did Marcus Mumford relish the opportunity to not release another identical-sounding Mumford and Sons song? Was Jim James born to sing Dylan?

Lost on the River as a whole feels like a very interesting creative project, but not something that can sustain interest. The composition and sound mixing sounds extremely professional and the work is of high quality (no surprise there, given that it’s a T. Bone Burnett pet project), but it leans toward the boring-adult-soft-rock category too frequently. At times, the songs blend together and lose my attention. I’d rather listen to single tracks repeatedly than the album as a whole (“Down On the Bottom,” “Kansas City,” and “Nothing To It” are pretty enjoyable).

What this album lacks is the gritty authenticity that made Dylan famous. If Dylan’s 1967 Americana can be thought of as a naturally talented kid from modest means who just needed a chance to succeed, The New Basement Tapes’ collective sound can be thought of as the somewhat talented rich kid whose parents spent lots of money on lessons to make sure he was successful or else.

Basically, it’s going to sound good because of its creative director, financiers, and talented and proven artists, but I don’t see much originality in a pretty original project and opportunity.