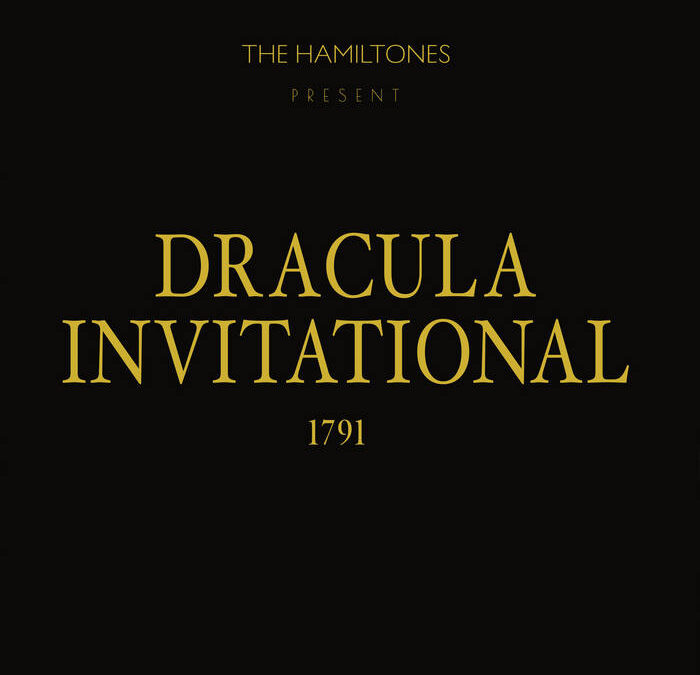 The Hamiltones have been kicking around Buffalo for years now, crafting epic, spindly surf-punk that brings to mind The Ventures, The Cramps and Dick Dale. They’re also fiercely individualistic – this time around, they’ve crafted an utterly unique batch of songs, 14 to be exact, self-described as “the score of the most ridiculous, b-movie Dracula film no one has ever seen (and may not even really exist).”

Welcome to Dracula Invitational, 1791, a next-level concept album that tells the story about how the Hamiltones were invited to be the house band at the most infamous Dracula party in the world. The whole plot is spelled out in a wax-sealed letter that’s included with every record. The Hamiltones went all out for this, including a huge centerfold illustration depicting the Dracula party drawn by Buffalo-based illustrator Mickey Harmon.

Songs like “No, Let’s Eat the Musicians” (which is accompanied by a music video – see the song’s Bandcamp page) give a great example of what to expect from Dracula. Think reverbed out guitar twang, plodding bass thumps, creepy Halloween-esque organ drones, and heart-pounding drum rhythms in all its instrumental glory. You may even catch hints of violin.

Dracula Invitational, 1791 was written and recorded at both Deep Space 8 and the Hoyt Locker right here in Buffalo and was mixed and mastered by John Angelo. The LP is out now via Swimming Faith Records. There are lots of ways to support this one-of-a-kind album – we suggest starting with Bandcamp.