The Get Money Squad Drops Follow Up Single “Pillow Talk” 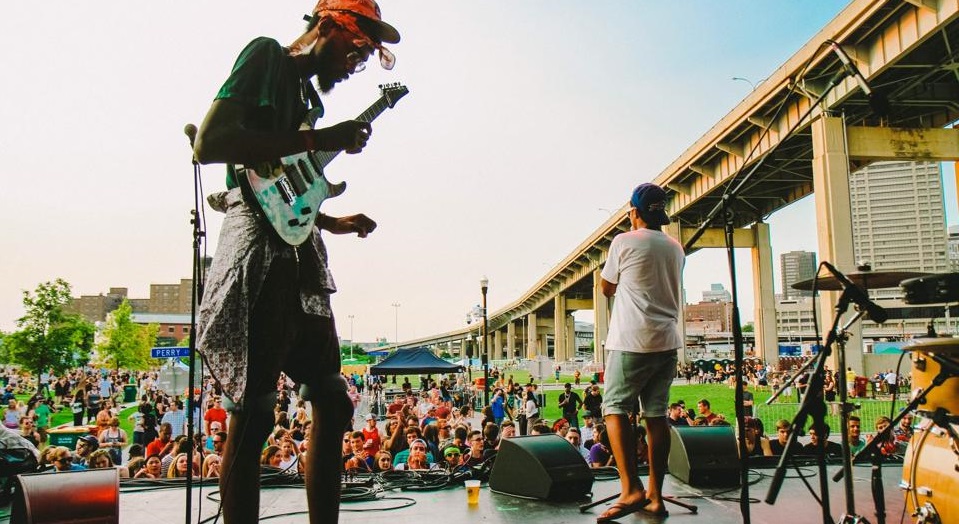 One of our favorite releases from last summer came from the Get Money Squad. Featuring Quinton Brock and Jon Bap of Network, the act’s short, self-coined “urban surf” EP was the perfect blend of off beat Mac DeMarco meets Shuggie Otis/Bill Withers lo-fi vibes. The group went on to open for Girl Talk at Canalside, but since then have been pretty quiet. With the release of Money Squad’s latest single “Pillow Talk,” though, Brock and crew are back to once again to help soundtrack our latest rust-belt summer.

The rather sensual “Pillow Talk,” a track the band describes as a “song for summer lovers,” appears to be the first single off of the Get Money Squad’s forthcoming EP, titled Ruff Buff, and while the group has maintained its lo-fi sounds, Brock now appears to be vocally channeling the Beach Boys and even the soulful side My Morning Jacket (those falsettos are very Jim James-esque).

Keep an eye out for Ruff Buff sometime this summer, and in the mean time, listen to “Pillow Talk” below.