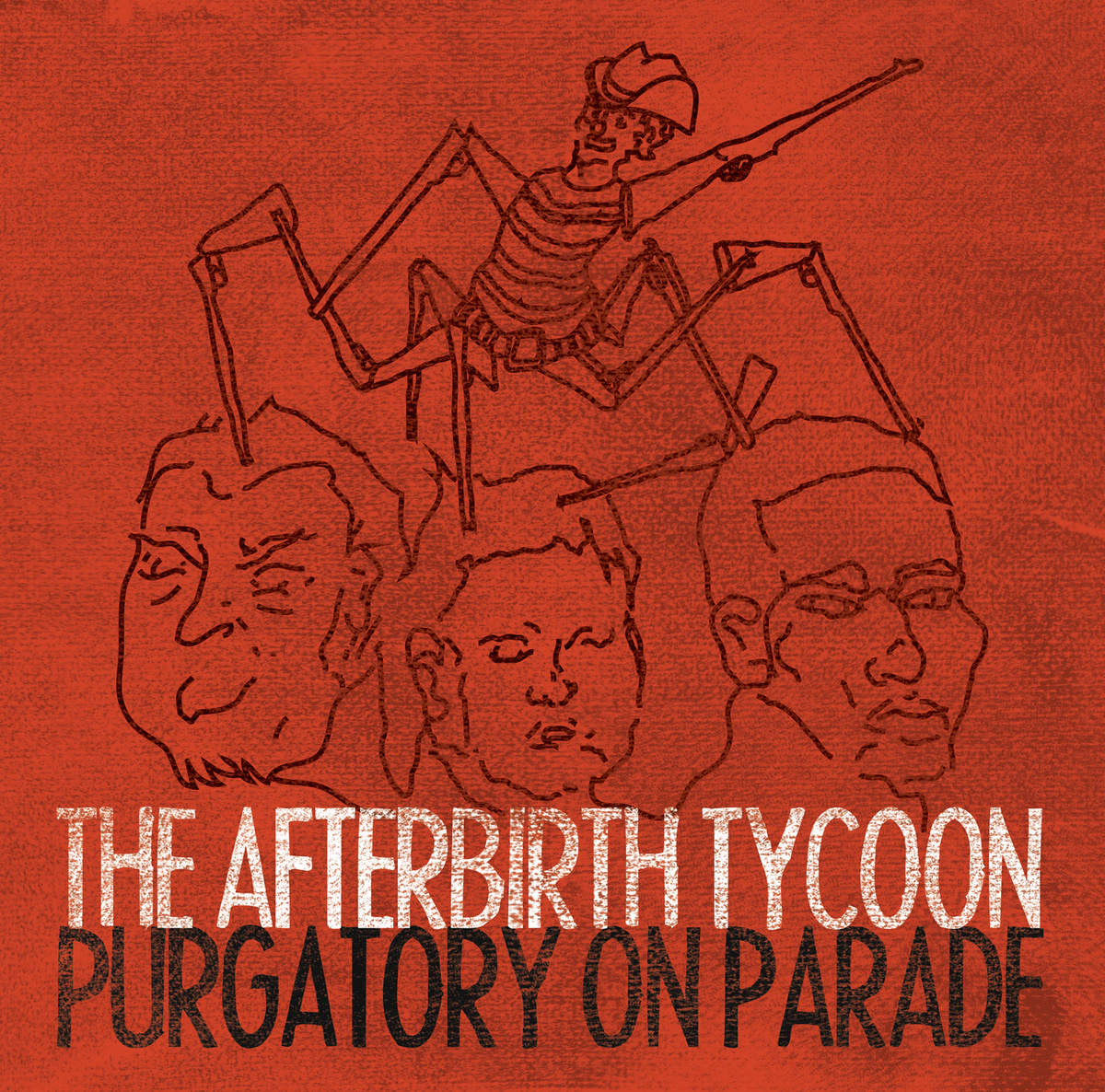 Power trio, the Afterbirth Tycoon, have been at it for nearly a decade, however in the past year,we have seen more activity from the outfit. Late last spring, the three piece released Late Bloom, a 10 track studio recorded release, and then last week, they hit us with another garage blue nugget in the form of the six track, Purgatory on Parade. The EP was recorded with Matt Smith at his Hi-Lo Studio earlier this summer, and mastered by John Angelo at Slave Pit Studios in Richmond, VA.

“Matt is actually going to be moving,” guitarist/vocalist Jason Pitcher says, “so that will be the last session in his barn, but I hope to continue working with him wherever he lands. It’s always a good time working with Matt: no stress, lots of laughs, and I never hesitate to ask his opinion.”

For the most part, Purgatory picks up where Late Bloom left off. Many of the songs were written around the same time, which aids in the cohesive sound between releases. Purgatory is a bit heavier than Bloom, but it’s not out of left field. This is the same band, after all, just a bit angrier, and because of that, you’ll find that the White Stripes, Cage the Elephant, and Black Stripes comparisons are no longer valid.

Once again the boys show us their range on this little composition, from straight up rock n roll on the radio friendly title track, to the dark garage rocker, “My Anthem Goes…,” and the low and slow numbers “The Valley” and “Bitch Cannibal.”

Where Late Bloom was a crusty honky tonk barroom brawl of a record, Purgatory on Parade is the no holds bar match that happens in the parking lot after last call where you can no longer can rely on your fists, but rather require the assistance of trash cans, rocks, and broken beer bottles to survive.